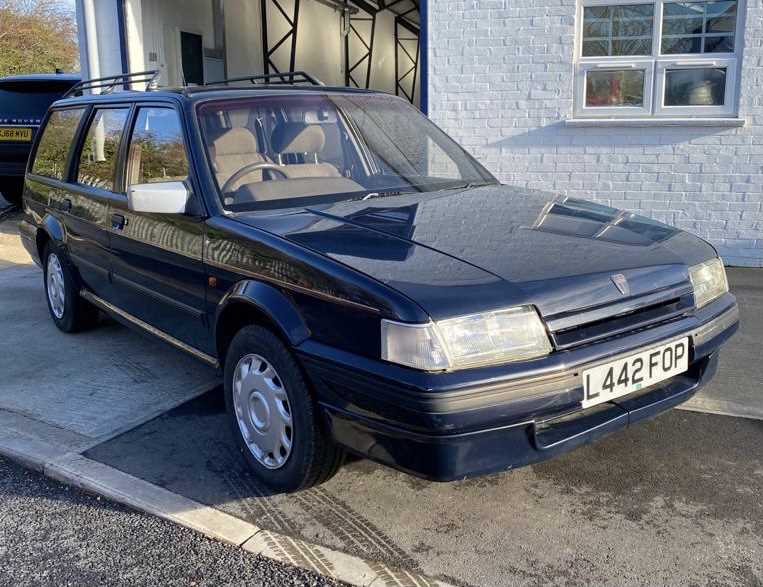 Introduced in 1984 the Austin Montego was a British mid-size saloon and estate car that was manufactured by the Austin Rover subsidiary of British Leyland (BL). In production from 1984 until 1994, it was introduced as the replacement for the Morris Ital. Few examples are now thought to be surviving.

This Montego Countryman was manufactured in 1994, the final year of production and was first registered in March of that year. Fitted with the 1998cc EFi four-cylinder petrol engine with a four-speed automatic transmission, the Rover is finished in Caribbean blue metallic with Countryman cloth interior upholstery. Having only had three former keepers and only 25,116 recorded miles, which is believed genuine (atoc), the Montego is a rare survivor. Offered from a private collection, the Montego has benefitted from a recent service and custom made radiator costing approximately £1,200. Accompanied by a current V5C.