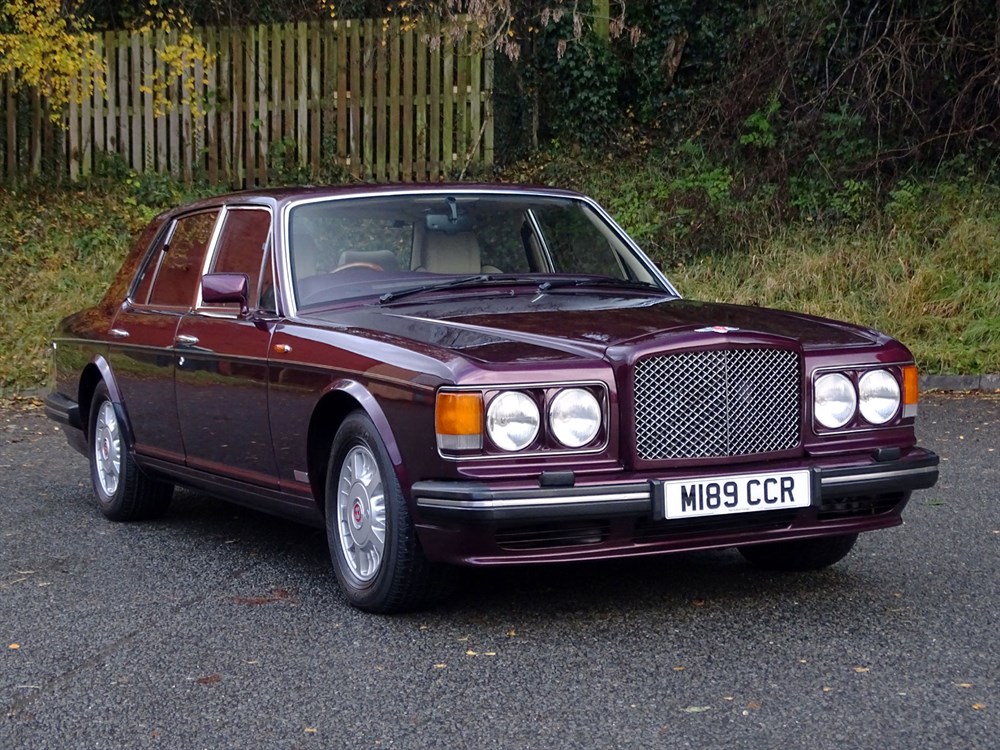 Bentley's Turbo R was unveiled at the 1985 Geneva Salon. It was based on the chassis of the Mulsanne and powered by a modified version of the engine from the Mulsanne Turbo. The chassis changes were especially key to the model's success. As this was to be an unashamedly sporting model, the front anti-roll bar rate was increased by 60 percent and that on the rear by 80 percent. Tuned dampers replaced the standard units of the Mulsanne and a Panhard rod was fitted to limit lateral axle movement. A front air dam was added for improved aerodynamics. The 6750cc engine with Garrett AiResearch turbo was retuned with Bosch MK-Motronic fuel injection for increased torque. The result was a stump-pulling 487lbft - sufficient to launch the leviathan to 60mph in 6.8 seconds and on to a top speed of around 140mph. Pre-1992 models drove through a three-speed automatic transmission, after which a four-speed unit was employed. Braking was by discs all round, ventilated at the front. In order to optimise traction and road holding, the Turbo R was equipped with wider tyres than the Mulsanne, which were mounted on alloy wheels - a first for the marque.
Share: