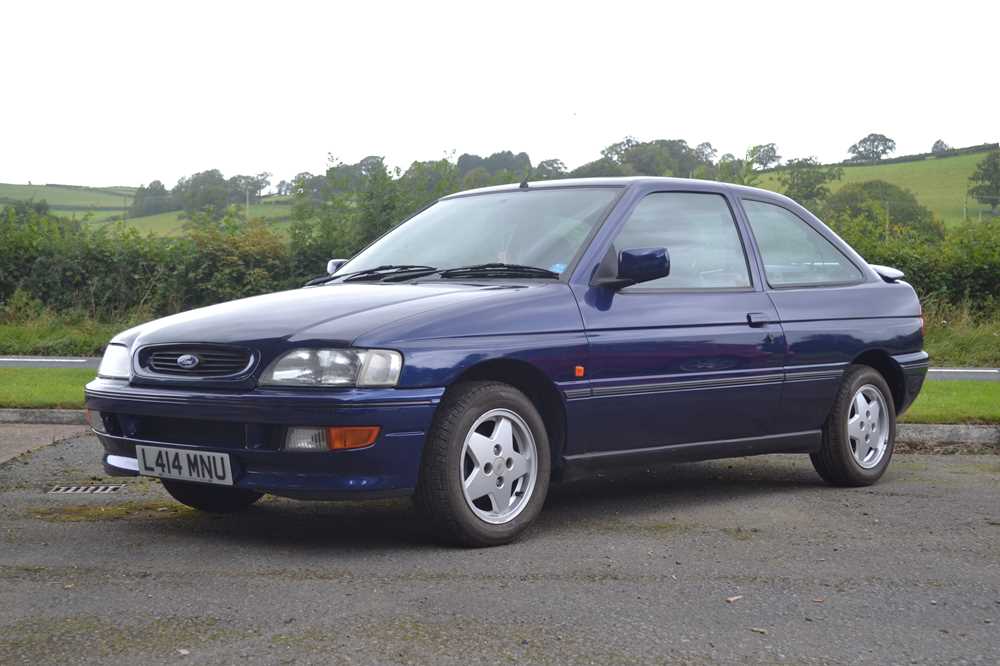 The MKIII Escort was launched in 1983 and was a very different proposition from its predecessors, whose DNA lay in the Anglia of yesteryear. The newcomer was intended to be a hi-tech, high-efficiency design capable of competing head on with Volkswagen's ever improving Golf. The most radical departure from previous models was the switch from rear- to front-wheel drive. However, there were plenty further developments too - power came from a fresh range of CVH (Compound Value angle, Hemispherical chamber) engines, and independent rear suspension replaced the previous semi-elliptic cart style layout. Clothing the new mechanicals was a stylish hatchback body with sawn-off aero back end. This new Escort was voted European Car of the Year in 1981. From the outset a 'hot hatch' version was created to target the Golf GTi - the XR3 was born. Two years later fuel injection turned the model into the XR3i and a Cabriolet version was introduced for the first time. The MKIV Escort of 1986 was more gentle evolution than revolution, but the MKV model of 1990 brought another new bodyshell and the facelift version of 1991 saw the introduction of the 16-valve Zetec engines. For the XR3i this meant a unit of 1796cc producing either 105 or 130bhp - the latter could sprint the Escort to 60mph in around 8.5 seconds. This generation of XR3is was available in Hatchback Coupe or Cabriolet guise.

The car on offer is a right-hand drive Escort XR3i manufactured in 1993 and first registered on the 31st of August 1993. It is finished in Blue paintwork, complemented by Grey cloth interior. With only one owner and 26,025 miles from new, the car is entered from a deceased estate. Fitted with the 1796cc engine and 5-speed gearbox, this example of the now rare MKV XR3i is offered with a number of past tax discs, old style V5 and over 15 past MOTs from its time. The dealer model book and original radio booklet (with codes for the original radio in the car) also are supplied with "L414 MNU".