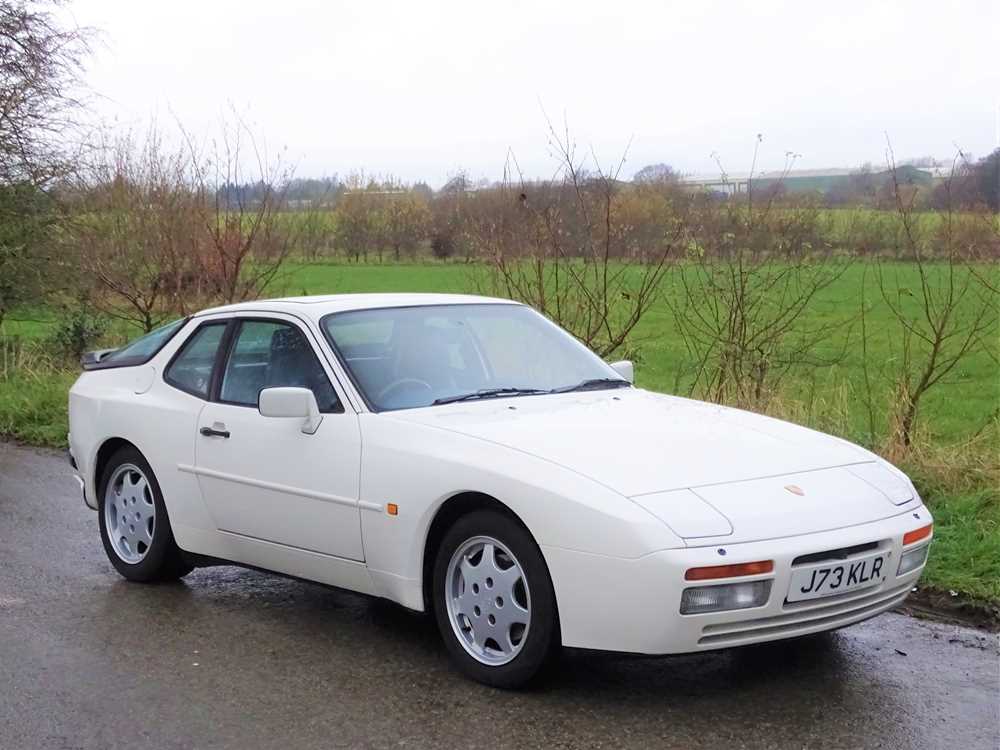 Finished in the striking combination of Alpine White with Cobalt Blue upholstery, ‘J73 KLR’ is understood to have been retained by supplying dealer AFN Porsche (London) Ltd for use as a demonstrator and indeed still wears ‘AFN’ branded number plates. Warranted to have covered 105,600 miles from new (a figure substantiated by twenty-two service entries and twenty-six MOT certficates), the 2+2-seater was originally specified with headlamp washers, leather seats, automatic heating control and an electric sunroof. Treated to a cambelt change at 104,052 miles, the 944 S2’s last main dealer service was carried out at 103,913 miles by Porsche Swindon. Offered for sale with book pack, large collection of invoices, spare keys and ‘no advisories’ MOT certificate valid until October 2021.