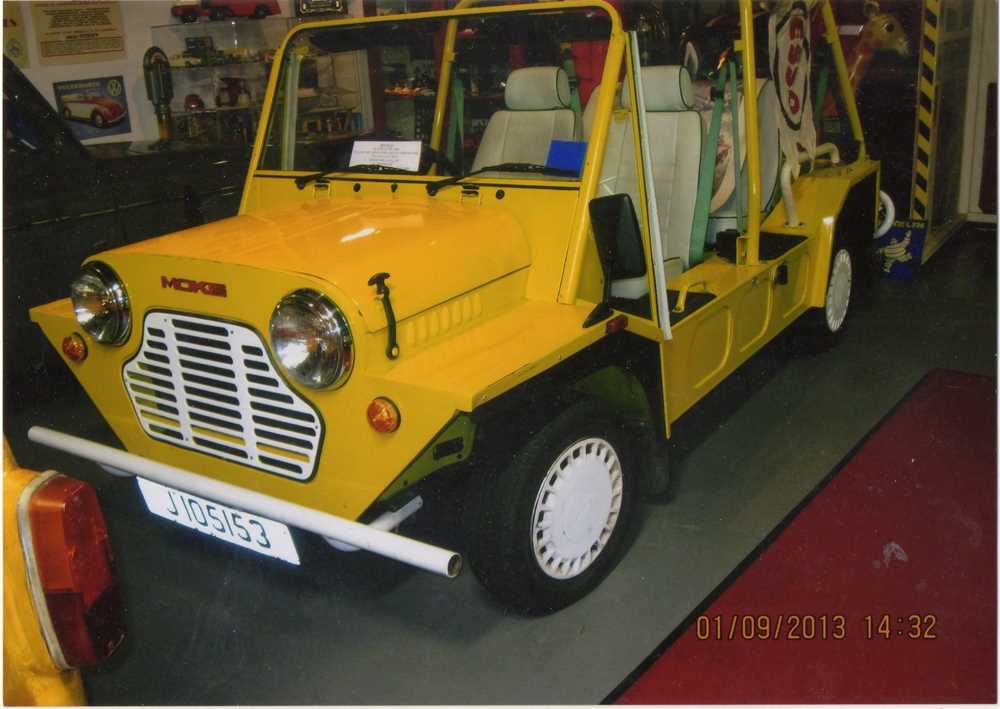 With the laudable intention of providing a lightweight scout vehicle for the British Army, BMC inadvertently created one of the swinging sixties most iconic vehicles - who can forget those fringed and tasselled Mini Mokes driving around `The Village' carrying out duties such as taxi, ambulance, hearse, bomb-disposal vehicle and election campaign bus during episodes of The Prisoner. Lack of ground clearance made it ineffective as a military tool, yet the civilian version carved itself a niche as a cult mass-produced `beach buggy' for nations with hotter climes than Britain. Running gear was shared with the basic Mini, and initial production was at Cowley, before moving to Longbridge. Between 1964-'68, 14500 Mokes were built in the UK, but only 10% stayed in Britain. 26000 were made in Australia between 1966-'81. A further 10000 were built in Portugal from 1980-'93 when production ended. Portugese production allowed the Moke to rationalise components with the then-current Mini mk4, and included the fitment of disc brakes and 12" wheels. In a final ironic twist, Rover Group, as BMC had by then become, sold the Moke business to Cagiva for production in Italy, but the motorbike maker only built around 1500 between 1990-'93.