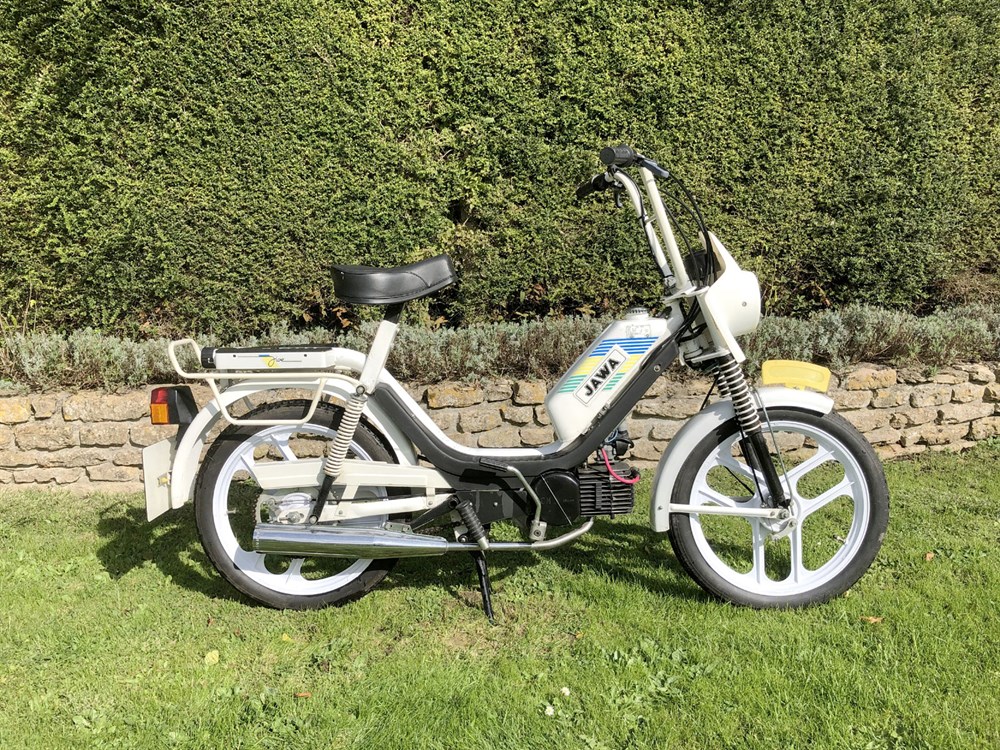 - Road registered as 'J70NES' on V5C, dry stored all its life

Introduced in 1970, the Babetta was intended as a rival to the lightweight Solex moped which had proved so popular the previous decade. Manufactured at the Povazske Strojarne plant in Czechoslovakia and notable as the first moped to use transistorised electronic ignition, the newcomer was marketed under the more familiar JAWA brand name in most foreign markets. Evolving into the Babetta 207 for 1975 and 210 for 1983, the former boasted suspension front and rear, while the latter came with a modified engine and the option of 2-speed automatic transmission. Production was transferred to Kolarovo near the Hungarian border during 1985 before petering out less than ten years later.