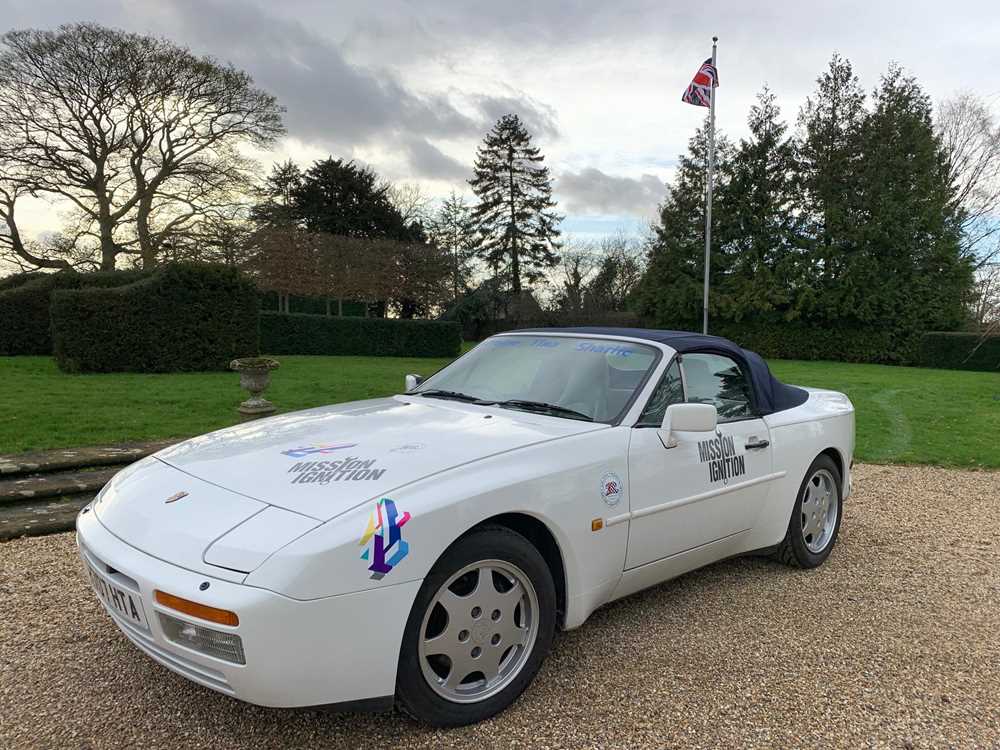 The winning car from episode one of Channel 4’s popular 2019 television programme ‘Mission Ignition’ which saw two teams compete against the clock to re-assemble a stripped vehicle each without any instructions, ‘H707 HTA’ still sports the show’s logo. Owned by one of the victorious trio, all members of the British Women Racing Drivers’ Club, the Porsche is rated as being in ‘good overall’ condition with regard to its 3-litre engine, five-speed manual gearbox, electrical equipment, interior trim, bodywork and paintwork. The odometer shows 150,000 miles but the 944 S2 self-evidently underwent a degree of restoration work before appearing on the small screen. Said to have been looked over and to have had the benefit of a new timing belt, it is hoped that the Cabriolet will possess a fresh MOT certificate by the time of sale. Accompanying paperwork includes a V5C Registration Document and photo book depicting the car’s time on the show. An inexpensive entry to open air Porsche motoring and a great talking point to boot.

Introduced in 1989, the Porsche 944 S2 was powered by a 3-litre DOHC four-cylinder engine allied to five-speed manual transmission. With a quoted 208bhp and 207lbft of torque on tap, the model was reputedly capable of 0-60mph in 6 seconds and 150mph. The first open-topped 944 derivative - the S2 Cabriolet - featured a body built by the American Sunroof Company (ASC) of Weinsberg, Germany and many of the same styling cues as its Coupe sibling. Just 5,656 944 S2 Cabriolets were made before the model was superseded by the 968 in 1991.