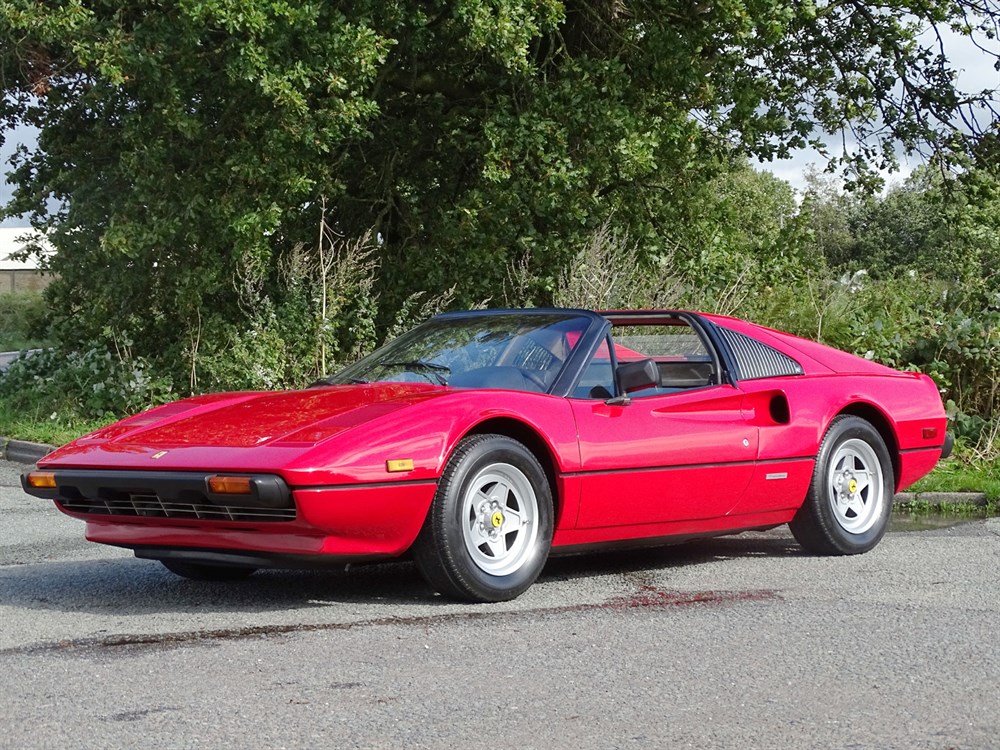 - Belts and clutch under 200 miles ago

The Pininfarina-penned 308 GTB debuted at the Paris Salon in 1975, while the Targa-topped GTS version was unveiled at the Frankfurt Motorshow two years later. Their carburetted engine was replaced by one with Bosch K-Jetronic fuel injection in 1980.
This stunning lefthand drive GTSi is finished in Rosso Cora teamed with a Nero hide interior. It vacated the Maranello Works in 1982 prior to being shipped to the United States Ferrari dealer 62967. The paper trail shows that its title was updated by the New York Motor Vehicle Department in 1987, and that it was purchased from Beverley Hills Ferrari 12 years later, when the odometer was reading 42,426. Evidently the 308 remained in California for 16 years, during which it was driven a mere 800 miles. It was acquired by the vendor in 2015 who set about a sympathetic recommissioning process courtesy of a noted local specialist. The works concerned included a full belt service, clutch replacement, alloy wheel refurbishment and some professional detailing of the paintwork, since when the prancing horse has covered less than 200 miles.

It was in 2017 that the car was exported to the UK and further refurbishment was carried out including attention to the brakes, replacement of the anti-roll bar bushes and full pre-sale preparation. The vendor presently classes the bodywork, paintwork, interior trim, V8 engine and five-speed manual transmission as all being in `excellent' working order, and is now selling this magnificent-looking machine complete with air conditioning, handbook, tool kit, Targa cover, pair of keys, jack and UK duty paid. Still with no more 43,407 miles to its name, this prime example of the breed would make a fabulous addition to any enthusiast's collection, and offers the twin benefits of first class open-air motoring and promising investment potential.
Share: