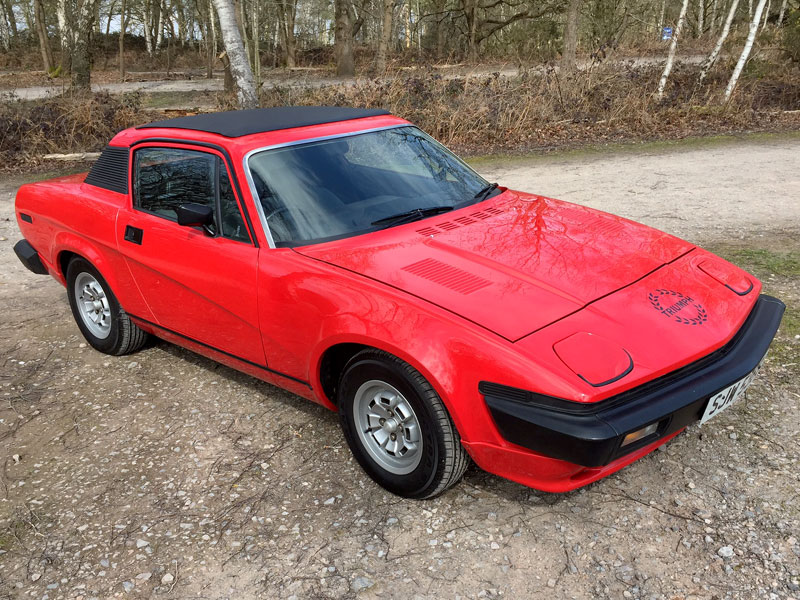 It was initially registered to the company's Sales and Marketing Dept before being sold through the Triumph dealer network. A number of owners ensued before it took slumber in a Southport barn in 1991, where it remained until 2013. The sea air had done its worst, resulting in a total 'high-standard' restoration. The Triumph was re-bodied by Phoenix Car Restoration and the engine fully refurbished by R A Potter Developments. The rest of the driveline was also overhauled and the car's original unique Grey/Black cloth interior retained. The Triumph has since covered c.3,000 miles and now displays an unwarranted 95,000. The vendor informs us that the smartly-presented Sprint now 'drives and handles as the model should have done from the beginning', and is offering it complete with Heritage Certificate, details of all previous owners and an MOT valid to April 16th 2017. An exciting opportunity for TR7 aficionados everywhere.
Share: