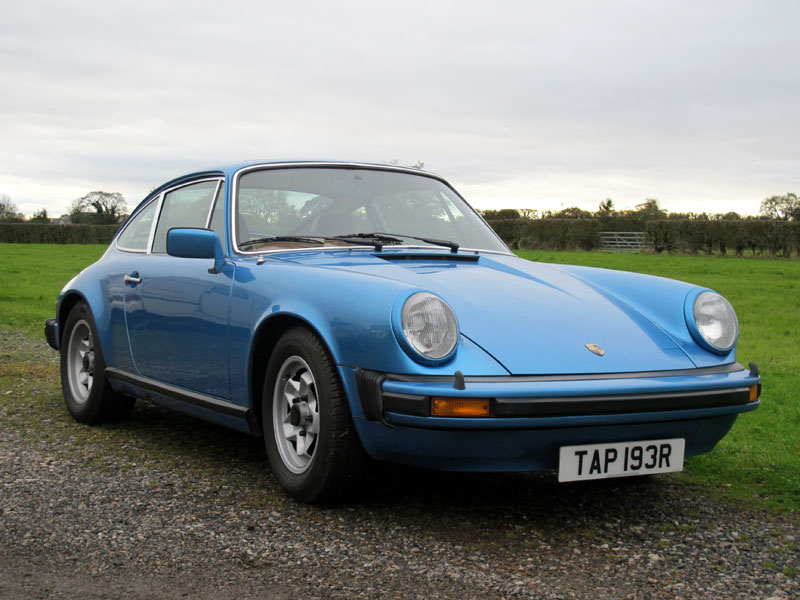 Beginning life as a Sportmatic finished in Minerva Blue Metallic with Cork Velour Pinstripe upholstery, `TAP 193R' was later converted to five-speed manual transmission. Supplied new to a London art dealer by Motortune Ltd of Cheslea, the Porsche retains its factory-fitted powerplant, sunroof and interior trim. Written off as an uneconomical repair during the early 1990s when it was worth but a fraction of today's value, the 911 was subsequently expertly mended and passed a stringent Autolign inspection in 1994. Two years later, the engine was stripped and overhauled by AFN Guildford at a cost of £5,430. Gearbox refurbishment by RSR Engineering followed in 1999. More recently the chain tensioners have been modified and the exhaust system, clutch shaft, release arm and cable replaced. Believed but not warranted to have covered some 74,600 miles from new, this rare 911 is reported to `drive exceptionally well and perform superbly'. Offered for sale with extensive history and original spare wheel/tool kit/electric tyre pump.
Share: