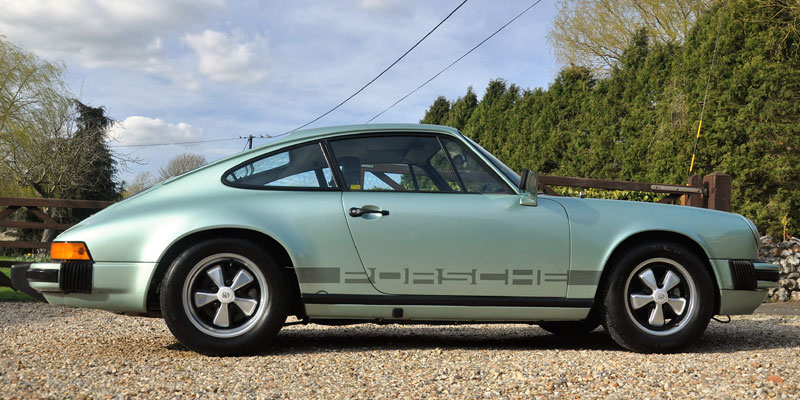 The task was entrusted to Porsche specialist bodyshop Norfolk Premier Coachworks, and included the replacement of all seals and the refurbishment of the road wheels. At the same time, the electrical system was tidied up, and a new oil cooler and oil lines installed. The car's specification these days includes a retrofit air conditioning system and, taking everything into account, the vendor presently classes the Coupe's bodywork, paintwork, interior trim, flat-six engine and Sportomatic gearbox as all being in 'excellent' order. To date, the Porsche has experienced nine keepers and covered 117,809 miles from new; very few of which have been driven in recent times. After a lengthy gestation period, the now ubiquitous Porsche 911 entered production in 1964 and, despite Porsche's own attempts to replace the model with the 928 in the 1970s, much evolved versions of it are being built to this day, an astonishing 53 years later.
Share: