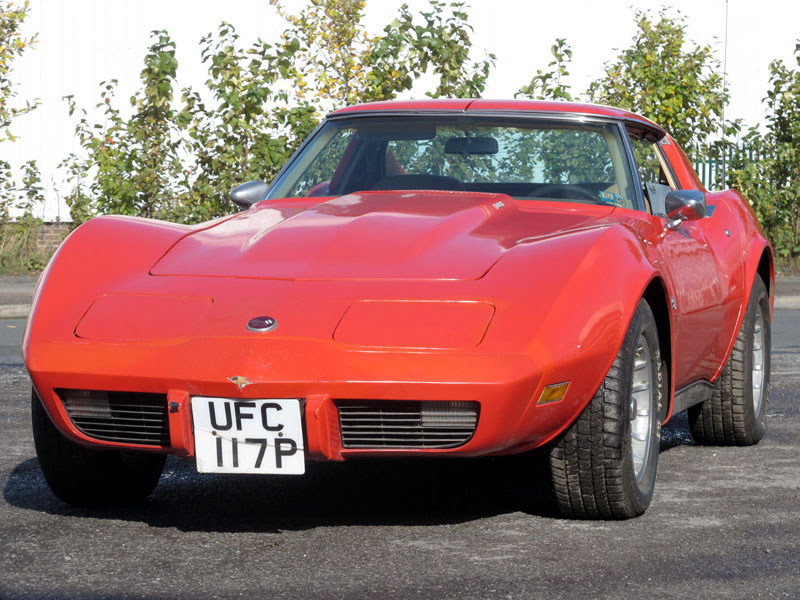 The third generation Corvette (C3) came to market in 1968 and was continually developed until the all new C4 model of 1984. While the engine and chassis components were mostly carried over from the C2, the interior and most striking of bodies were all new. The exterior design was a development of that penned by Larry Shinoda under the guidance of Bill Mitchell for the Mako Shark II concept car.

This interesting 'barn find' C3 Vette is a 1976 model example that was reputedly manufactured in December the previous year, and is one of just 4,073 produced in the eye-catching hue of 'Orange Flame'. It was imported from the US in January 1990 and attributed to the current registered keeper in May 1993. Its replacement V8 engine is thought to be a 327ci (5.4-litre) one and carries the casting number 3858180. The unit is fed by a Rochester Quadrajet carburettor and drives through automatic transmission, while the car rides on alloy wheels shod with radial GT tyres. The Chevy's last tax disc expired in January 1996 and the vendor currently grades the car's bodywork as poor/fair and the paintwork and Beige interior trim as 'poor'. It is being sold without reserve.