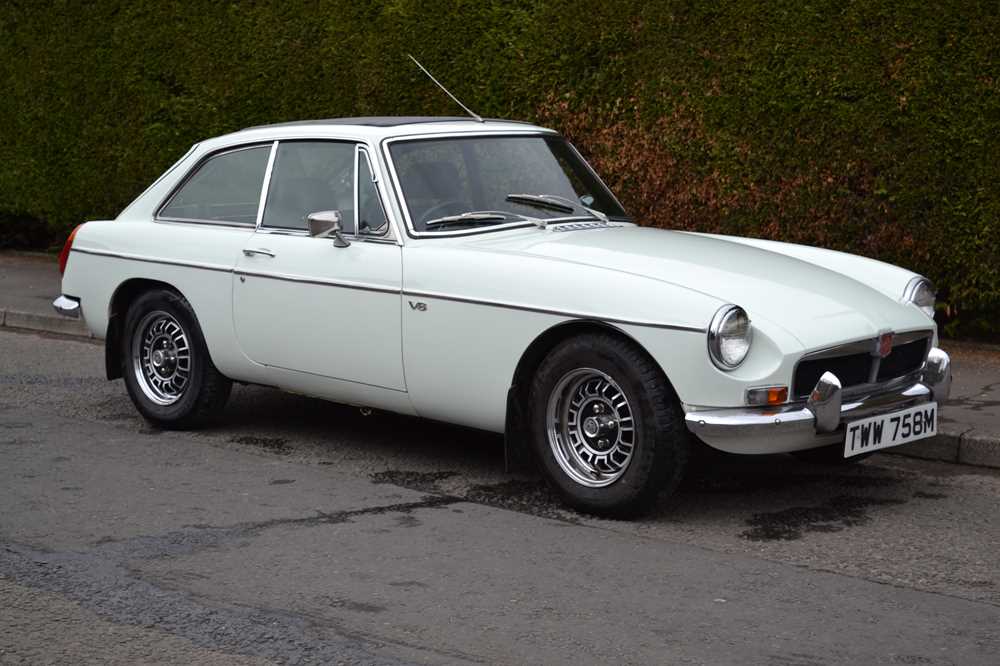 A more powerful alternative to the MG B came in 1973 with the introduction of the B V8 - a GT-only variant powered by the ubiquitous 3528cc Rover V8 unit. Though inspired by the conversions carried out by independent tuner Ken Costello, the factory V8 cars were somewhat less tuned, producing 137bhp rather than 150bhp – the output was nevertheless sufficient for a sprightly 0-60mph time of around eight seconds and a top speed of 125mph. As the all-alloy Rover engine was lighter than the cast-iron BMC unit, no significant changes were required to the rest of the car. Production of the V8 was curtailed in 1976 (reputedly over BLMC's concern it would affect sales of other products - in particular, the dearer, less powerful Triumph Stag) after some 2,591 had been built.

This MG B GT V8 was manufactured in 1974 between the dates of the 27th of February and the 8th of March, being despatched on the 13th of March 1974 and supplied new by Appleyard Limited of Bradford, Yorkshire. Fitted with the 3528cc V8 engine mated to a manual gearbox, the mileage is recorded at 112,719 miles from new (at time of consignment). A home-market, right-hand drive example, ‘TWW 758M’ is offered with a British Motor Industry Heritage Trust Certificate which declares that the car was originally finished in Damask red, with HPI confirming that the colour was changed to the current white in c.1993. Accompanying by two spare alloy wheels and a current V5C.