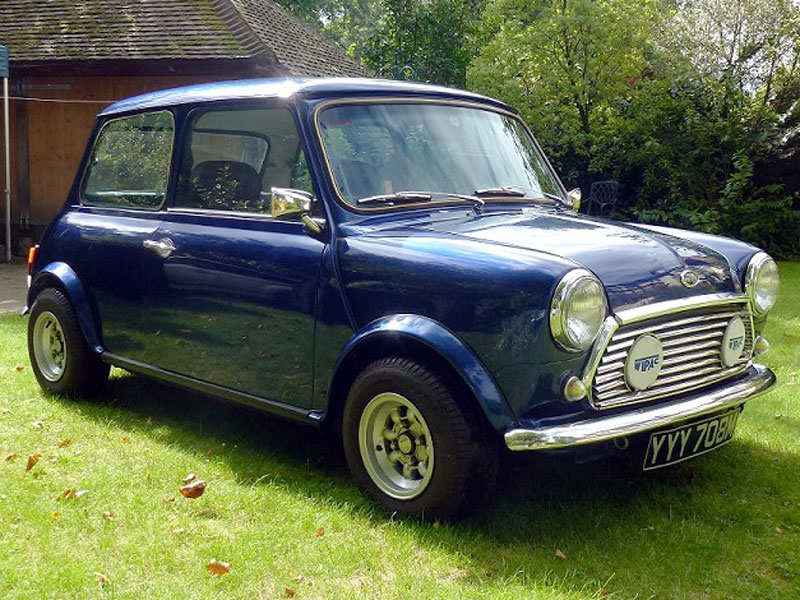 - Detailed history file with images of the works carried out

As a way of accessing the Spanish market, BMC licensed Authi of Pamplona to produce a number of its models including the Mini. Volume production commenced in 1969 and by the time the company was sold to SEAT in 1976 some 2000 Coopers had been produced. This extremely smart LHD example was restored by Mini World in Spain between 2001 and 2005 and features leather interior, wooden dash, electric windows, central locking and period radio with ipod connection. Images of the work are contained in the accompanying history file along with a copy of the Spanish registration papers and invoices dating back to the 1980s. Featuring a 1340cc engine and 5-speed gearbox, 'Delilah' displays some 6043 miles on her odometer which is believed to have been zeroed during the restoration. Finished in blue with black leather piped white, she comes with a Swansea V5C and MoT to July 2016.