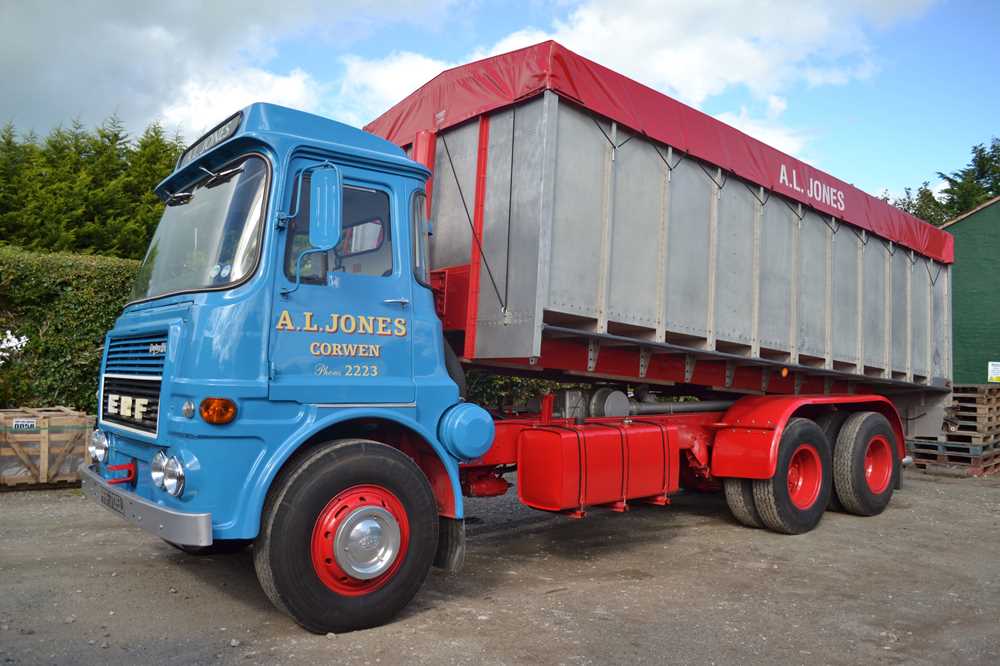 The LV was introduced in 1962, with Fail Safe spring brakes being fitted as standard from 1967. ERF was the first British truck manufacturer to adopt spring brakes, all other manufacturers eventually followed suit. Spring brakes are still fitted as an industry standard to HGV's today. The A-Series was introduced in 1971 but did not replace the LV models as most seem to think. The A Series were nearly all tractor units (although a handful of 4 x 2 rigid vehicles were built for drawbar work) and there were never any eight wheeler or 6 wheeler rigid A Series built, except special experiment vehicles of which none are known to have survived. All these six and eight wheelers are LV's as are four-wheel rigid vehicles and all tractor units with underslung rear springs, despite sometimes sharing the 7LV cab with the A Series.

This LV manufactured in 1972 has only two owners from new, with it being supplied originally to A. L. Jones of Corwan, North Wales who used it as an animal feed wagon for its working life before being retired, it is still presented today in its original colours and signwritten livery. The second owner purchased the wagon in 2006, embarking on a three-year restoration, with chassis and cab being completed in 2008 before the body being finalised in 2009. The wagon has resided in North Wales all its life and is fitted with the 180 Gardener engine and David Brown 6-speed gearbox. The rare Dunnspencer rear body is original and is an all-aluminium rivetted body which ready for presenting by the current owner as it is or is perfect for conversion to living accommodation. Featuring Kirkstall axles and working grain equipment and tipping equipment, the only fault with the tipping mechanism is an oil leak from the tipping ram. Fitted with a new water pump in 2019. The final picture is of the vehicle in as found condition at the end of the first owner's custodianship.