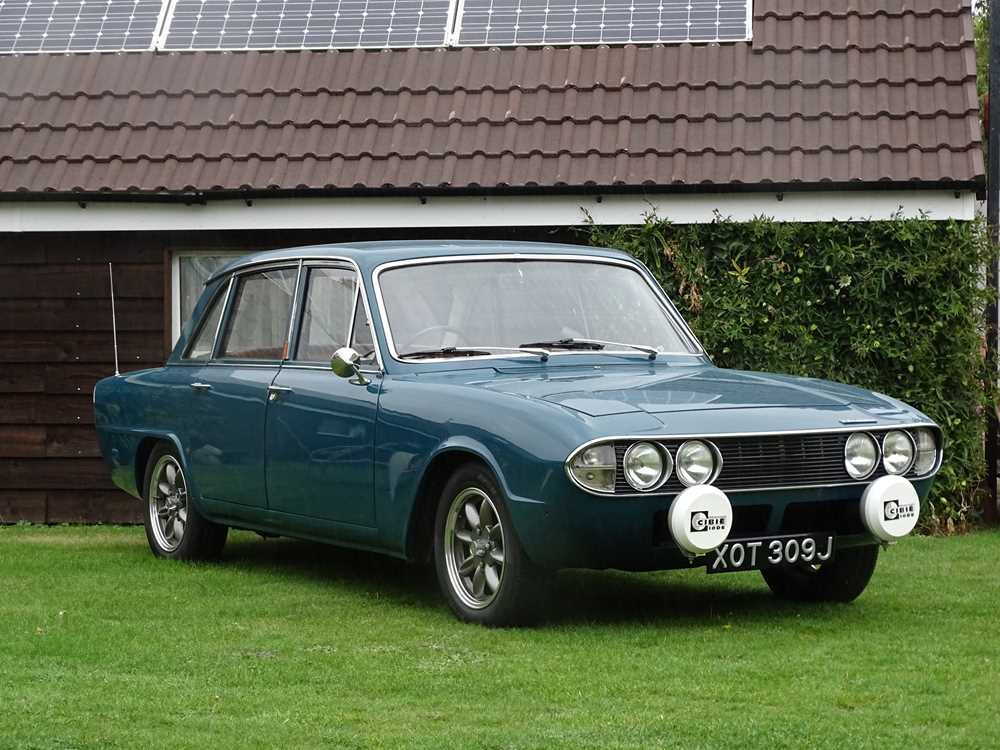 Along with the Rover 2000, the Triumph 2000 helped to refocus the UK's luxury car market. Like its rival, and unlike the heavyweight gentlemen's carriages previously on offer from both makers, the new Triumph boasted a sleek, low hull, this time with smooth 1998cc six-cylinder power that had first appeared in the Standard Vanguard. The 2000 scored further with its excellent ride from coil-sprung independent suspension all round, by struts at the front and semi-trailing arms at the rear. The original 1963 car, styled by Giovanni Michelotti, paved the way for a family 'look' followed by the smaller 1300, but Michelotti was later commissioned to restyle the car so it resembled the company's luxury GT cruiser, the Stag; this MkII version appeared in October 1969, code-named 'Innsbruck'. The 2.5 PI version, using the TR5's fuel-injected motor, finished second and fourth in the 1970 London to Mexico World Cup Rally. In 1974, a mid-term facelift was introduced, using a Stag-style four-bar radiator grille. As the amalgamated BMC rationalised its range, the 2000/2500 series was replaced in 1977 by the Rover SD1 - whose 2300 and 2600 six-cylinder engines were derived from the Standard-Triumph 'six'.