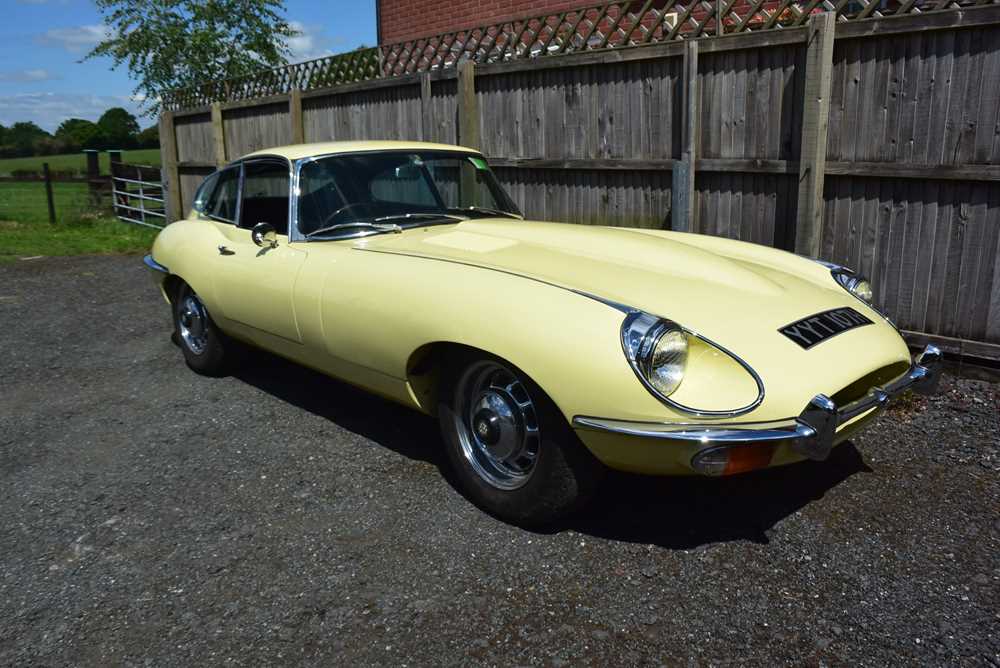 The Jaguar E Type wowed the world upon its launch in 1961. Here was a sportscar that offered performance to beat Ferrari and Aston Martin at just half the price, wrapped up in a cigar-like body that was unlike any other contemporary sportscar. This combination of style, speed and value endeared it to the world’s elite and the E-Type was one of the coolest cars in which to be seen throughout the 1960 and 1970s. The range expanded with a 2+2 joining the coupe and roadster, evolving through steady stages until the final Series 3 V12s bowed out in 1975.

According to its accompanying Jaguar Heritage Trust Certificate, chassis number 1R20593 was manufactured on 16th December 1969 and despatched to Henlys of London a couple of weeks later. Finished in Primrose Yellow with Black leather upholstery and sporting the preferred four-speed manual gearbox, the Jaguar was supplied new on 10th March 1970. Acquired by the previous owner in 1996 it was then subjected to a bodywork and mechanical restoration by a renowned TT winning engine tuner with an accompanying photo file. Bought by the vendor in September 2007 it has only done about 6,500 miles since, enjoying just a few dry summer days out. It comes with a V5C, Jaguar Heritage Certificate and old MOTs from 2006 to 2018.