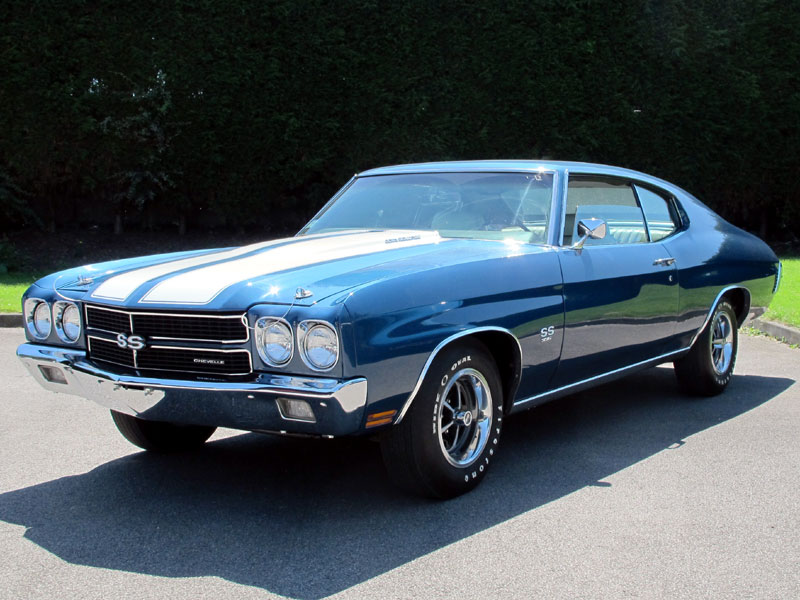 The Chevelle was a mid-sized motorcar of which three generations were manufactured between 1964 and 1977. It proved to be one of Chevrolet's most successful models and could be purchased in Coupe, Saloon, Convertible and Estate car guises. As one would expect of such a General Motors product, it came with a myriad of trim and performance options, one of which was dubbed the SS 396. At various times this was a model in its own right, but by 1970 the SS 396 package could only be had as an add-on to the Malibu Sport Coupe, Malibu Convertible and El Camino Pick-Up versions of the Chevelle. It now included what was officially described as a 'Power Dome' bonnet, black-accented grille, resilient rear bumper insert and Firestone 'Wide Oval' tyres on five-spoke Rallye wheels.