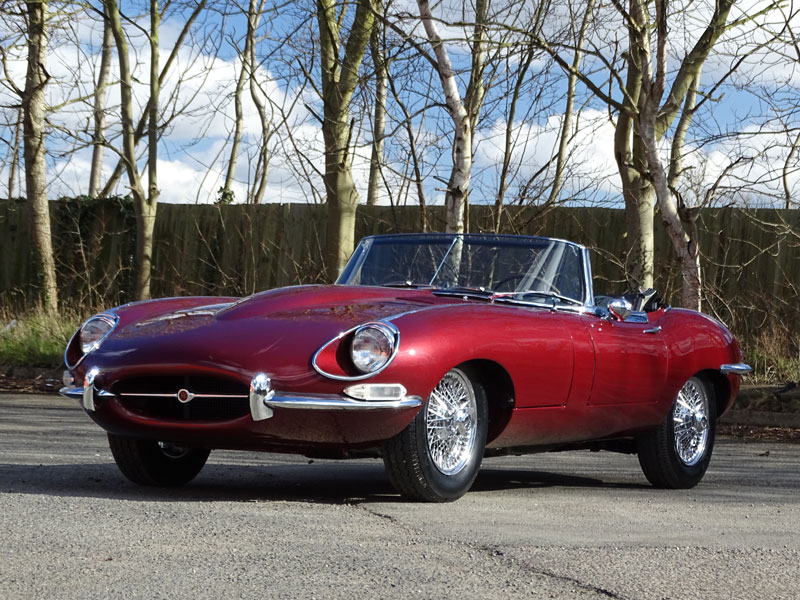 The apparently immaculate sale car is a 1968 case in point - one of just 2,387 made to left-hand drive specification. It boasts matching chassis and engine numbers and has been the subject of a recent cosmetic restoration by renowned marque specialist XK Engineering, which included a bare metal respray and re-trim in the highly attractive original livery of Opalescent Maroon bodywork and Cinnamon Beige leather upholstery. Additional related work included: a freshening of all the brightwork; the fitting of a new Black-coloured hood; an overhaul of the cylinder head and thorough inspection of the drivetrain. The vendor informs us that this notably desirable-looking E-Type now 'runs superbly' and is offering it complete with UK V5C registration document, current MOT certificate and one from the Heritage Trust confirming its provenance.
Share this page: