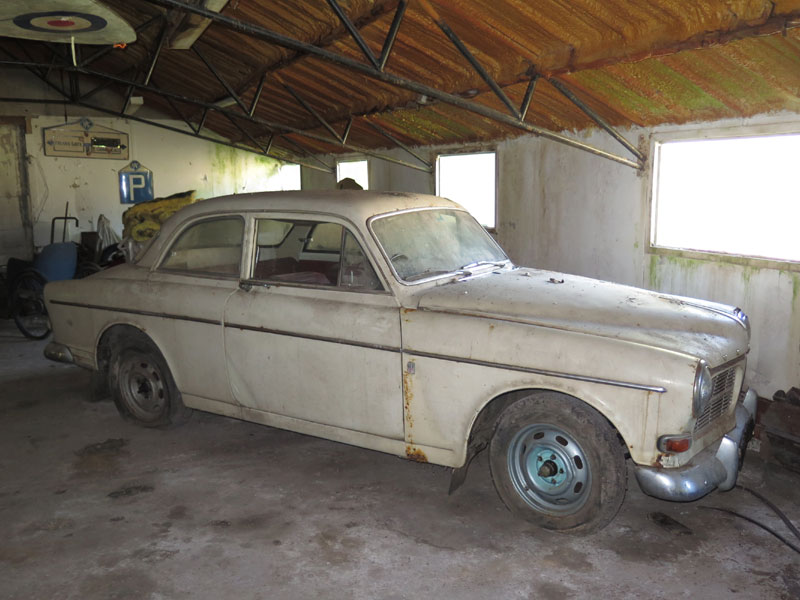 - One registered keeper from new and 51,000 recorded miles

- Reportedly running when laid-up 30 plus years ago

- A 'barn find' in need of restoration

Volvo's 120 (Amazon) Series of cars was designed in-house by Jan Wilsgaard and introduced for 1956. Unlike the slant-backed PV444/544, the newcomer was a modern-looking three-box design. Power came from a new OHV four-cylinder engine initially of 1.4-litres, but increased to 1.6, 1.8 and eventually 2.0-litre capacity during the model's fourteen-year lifespan. These were mated to either three- or four-speed manual gearboxes or a three-speed automatic unit. Over time the Amazon was available as either a two- or four-door Saloon or Estate. Like its predecessor, it was of tough construction and inherently good handling and roadholding and proved to be a successful competition car, both in the forest and on the track.

The right-hand drive Amazon being sold is a two-door 122S model powered by a twin carburettor-fed 1.8-litre (B18) engine allied to four-speed manual transmission. Finished in Cream with a Red interior, it has apparently had just one long-term keeper from new. Said to have been in running order when laid-up over thirty years ago, its odometer shows a credible but unwarranted 51,000 miles. Offered for sale as a restoration project, a new V5C Registration Document has been applied for and will be forwarded to the successful purchaser.