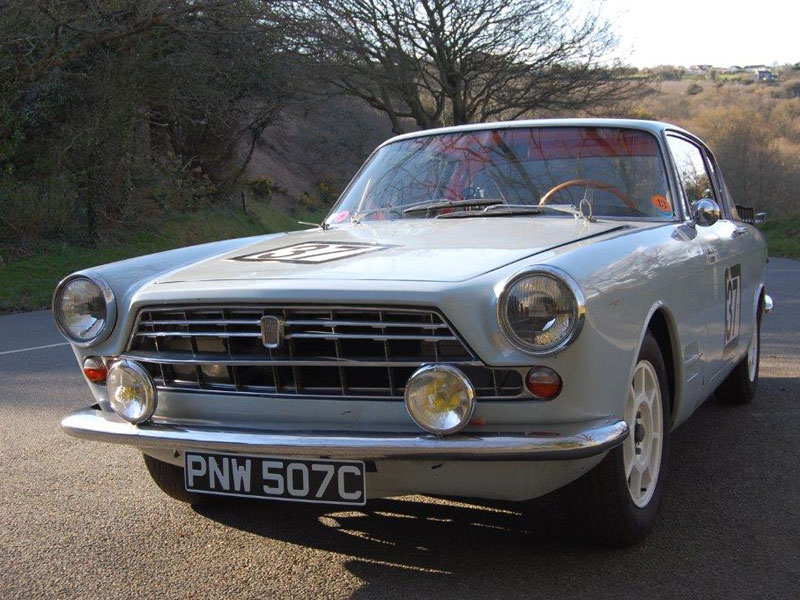 Styled by Sergio Sartorelli and previewed on the Ghia stand at the 1960 Turin Salon whilst the Italian carrozzeria was toying with the idea of in-house production, the Fiat Ghia 2300 Coupe was officially unveiled in 1961 and hit showrooms the following year. Based on a modified Fiat 2300 Saloon platform, the Coupe's construction was outsourced to OSI. Designed by Ferrari's former powerplant maestro Aurelio Lampredi, the model's 2279cc OHV straight-six engine developed an unstressed 105bhp / 136lbft in standard tune. Abarth liberated a further 31bhp and 9lbft for the 'S' variant via the use of a higher compression ratio, hotter camshaft and two twin-choke weber carburetors. Equipped with four-wheel disc brakes, the 2300S Coupe was among the fastest and most attractive GTs of the early 1960s, outperforming the Lancia Flaminia and the Alfa Romeo 2600. Renowned for his tuning prowess, Carlo Abarth developed a competition version that thanks to its enlarged 2323cc capacity, triple (40 DCOE) twin-choke Weber carburetors, 9.8:1 compression ratio, more aggressive camshaft and re-routed exhaust etc developed some 210bhp. Capable of over 130mph, Fiat commissioned three such cars for the 1963 season. Paul Frere / Lucian Bianchi drove one to 2nd overall (and 1st-in-class) at the Nurburgring 12-hour race, while Rudi Golderner / Karl von Kothen piloted another to 9th overall during the same event and also managed 12th overall on the Tour de France.

This particular example was supplied new by Fiat-France as a road car in April 1965. Twenty-three years later it was purchased by Patrick Mersch with a view to entering the European Endurance and FIA Historic Race Series. Kerry McSwann was tasked with the conversion to racing specification. A Ferrari specialist who looked after Tom Walduck's collection at the time, he managed to source various original and scarce Abarth competition parts (such as an aluminium bonnet and competition sump). Campaigned during the late 1980s / early 1990s at the likes of Paul Ricard, Zandvoort, Silverstone, Österreichring, Vallelunga and Monza etc, the 2300S also contested the Historic Grand Prix de Provence (1992), Nürburgring Old Timer Grand Prix (1990, 1991) and indeed placed 3rd overall in the 1991 FIA European Historic Touring Car Championship. Turned over regularly and treated to oil changes / general maintenance, the Coupe was otherwise little used for twenty-two years up until 2014 when it left Mr Mersch's custody. Recommissioned thereafter and having covered less than 1,000km since its engine was extensively overhauled during winter 2015, more recent work has seen the Fiat Abarth treated to new clutch and brake master cylinders.