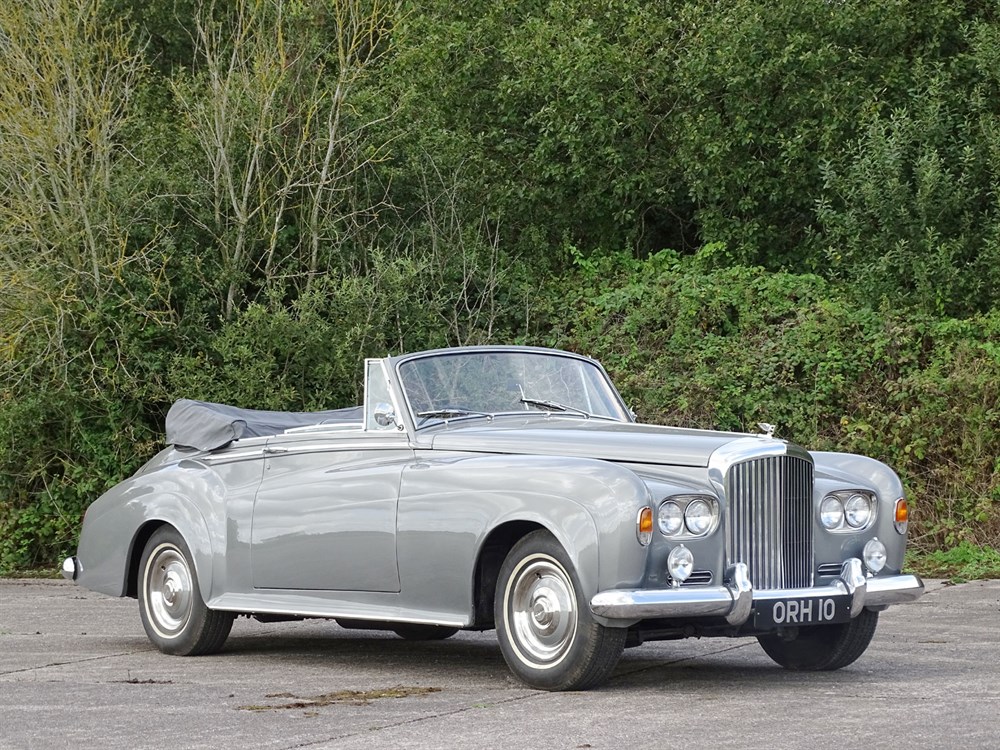 - Subject to an extensive bodywork restoration and repaint with photographs

This truly splendid-looking S3 was converted into a Drophead Coupe in the 1990s and acquired by the vendor four years ago, since when it has been the subject of a painstaking restoration to the highest standard. This has included replacing: the lower sections of the rear wings with custom made panels; the inner and outer wheel arches; the hood well and boot floor; and the rear body mounts. New flexible brake hoses have also been fitted, as have anti-burst door locks, as per the original Mulliner model. On completion of the bodywork, the S3 was taken back to bare metal and repainted in the graceful tone of Bentley Venusian Grey. The refurbishment was completed by the installation of new hood and carpets. The vendor is at pains to convey the time and trouble invested in perfecting the shut and swage lines of the car, and feels `it would be impossible to find one with a better body'. `ORH 10' has not, however, seen any use since the completion of the refurbishment and, lacking time and suitable storage facilities, the vendor has decided to part with it in order to concentrate on another Bentley project. The sale car currently displays 98,012 recorded miles and comes complete with V5 and a photographic record of the extensive restoration work carried out.

Greatly improved performance arrived with Bentley's S2 model of 1959, when the company's faithful straight-six engine was supplanted by a new 6.2-litre aluminium V8 unit. The range's final iteration was the S3. Introduced in 1962, it featured a lower bonnet line, different grille and four headlamps. The interior modifications included individual seats for the front occupants and increased legroom for those in the rear. Engine power was increased by some seven percent. A total of 1,630 S3s are understood to have been produced between 1962 and 1966.
Share: