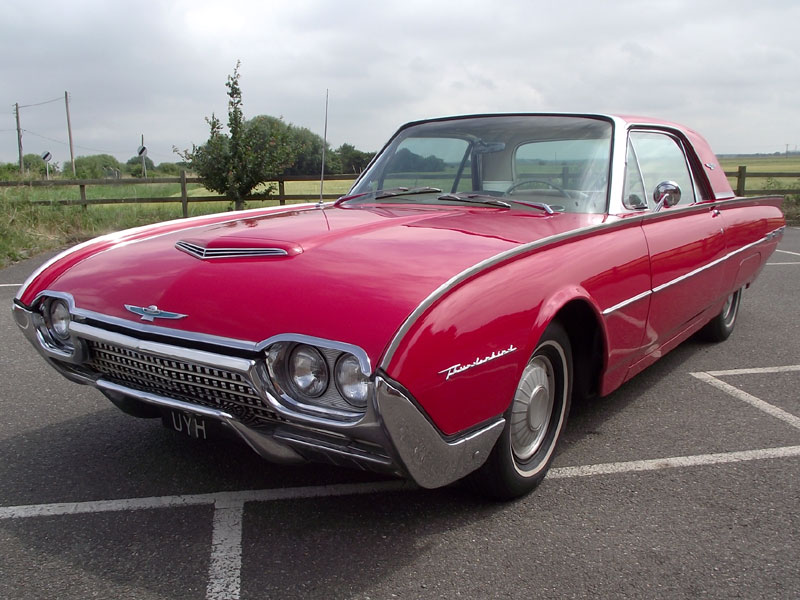 By the time Ford dispensed with the Thunderbird moniker in 2005, the model had progressed through 11 generations, the combined production total of which was in excess of 4.4 million. The first generation model hit the streets in October 1954 and, while it was created in direct response to Chevrolet's Corvette, Ford's emphasis was on comfort over sportiness. By the time the third generation appeared in 1961, the T-Bird had grown to feature four rather than two seats, and power from a 6.4-litre V8 of 300bhp mated to a three-speed automatic gearbox. This crowd-stopping 1962 example has been in the present ownership since 2009, was imported to the UK in 2013, and treated to a respray in 2015. Recent maintenance has included an overhaul of the braking and front suspension systems. Finished in Red and trimmed Cream-coloured upholstery it is described by the vendor as an 'excellent everyday American classic that's in 'fair' order throughout'.
Share: