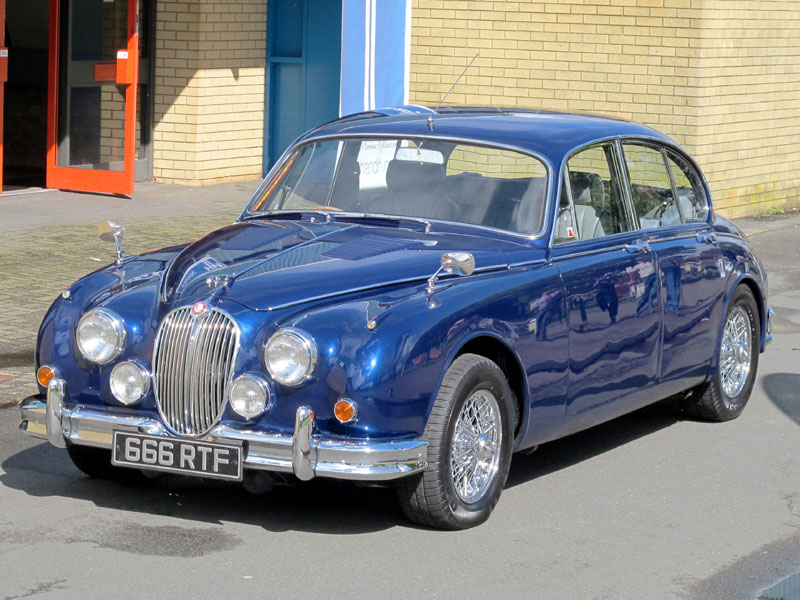 The MKII was equipped with independent coil-sprung front suspension and a well-located live rear axle, 12-inch disc brakes all-round and recirculating ball steering. It could be specified with a 2.4, 3.4 or 3.8-litre version of Jaguar's race-proved, DOHC in-line, six-cylinder XK engine and, when equipped with the 220bhp 3.8-litre unit, this charismatic cat was capable of sprinting to 60mph in 8.5 seconds and on to a top speed of 125mph.

This interesting MKII was apparently exported to South Africa six months after its manufacture in 1960 and remained there until it was repatriated during 1992. It was acquired by the current keeper in 1994, since when it has been treated to an extensive restoration and a series of sympathetic modifications based on the 'Vicarage' specification - these include the replacement of the original 2.4-litre engine with a 3.8-litre one reconditioned by Jaguar specialists, and the fitting of a Getrag five-speed gearbox. Recent work has included new leather and wood for the interior and a fresh wiring loom. The vendor now regards the Jaguar as having "A+" bodywork ("no rust and excellent chrome"), Pacific Blue paintwork, Grey leather interior, six-cylinder engine and manual gearbox. He is selling the Jaguar complete with Heritage Certificate and an MOT valid until October 2013.

PLEASE NOTE: This vehicle has an MOT until October 2013.
Share: