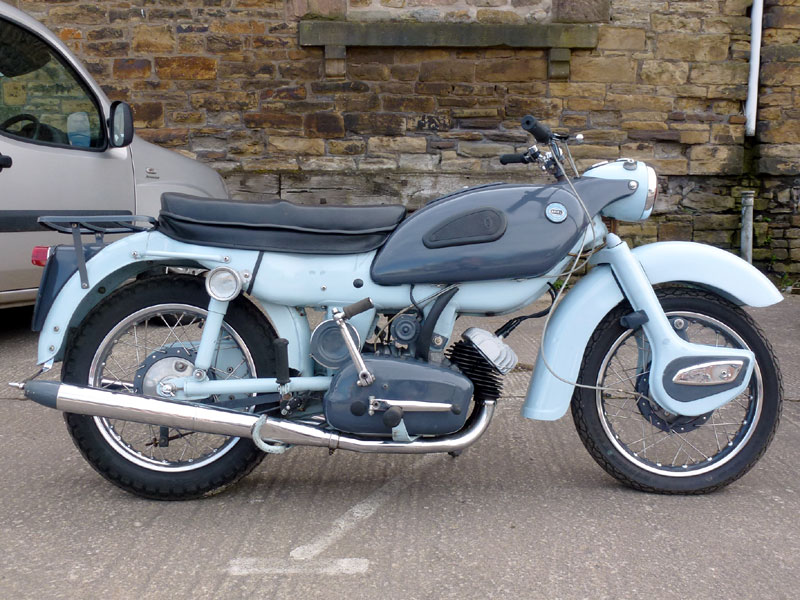 Designed under the auspices of Val Page, the two stroke twin cylinder Leader introduced a raft of innovative features aimed at simplifying production and providing motorcyclists with a versatile mount capable of commuting during the week and touring at the weekend. Many of the features, such as integrated luggage and full enclosure of the engine and transmission are now features found on the highest specification tourers, others, such as the optional turn indicators are now an industry standard. The steel pressings that formed the frame and forks drew heavily on contemporary car practise. Despite the innovative features of the machine and the lively two stroke power plant the Leader held little appeal for younger learner riders, who had been restricted to machines of 250cc or below in 1961. Ariel remedied this with the introduction of the Arrow in 1960 and the Super Sports Arrow or "Golden Arrow" in 1961. Both models dispensed with the enclosure of the Leader and adopted a revised dummy tank that incorporated the headlamp brackets and a conventional rear mudguard.
This nicely presented example of the 250cc Arrow is finished in two tone blue and was last MOT'd until the 4th May 2012. It is offered with the expired MOT certificate and a Swansea V5C.