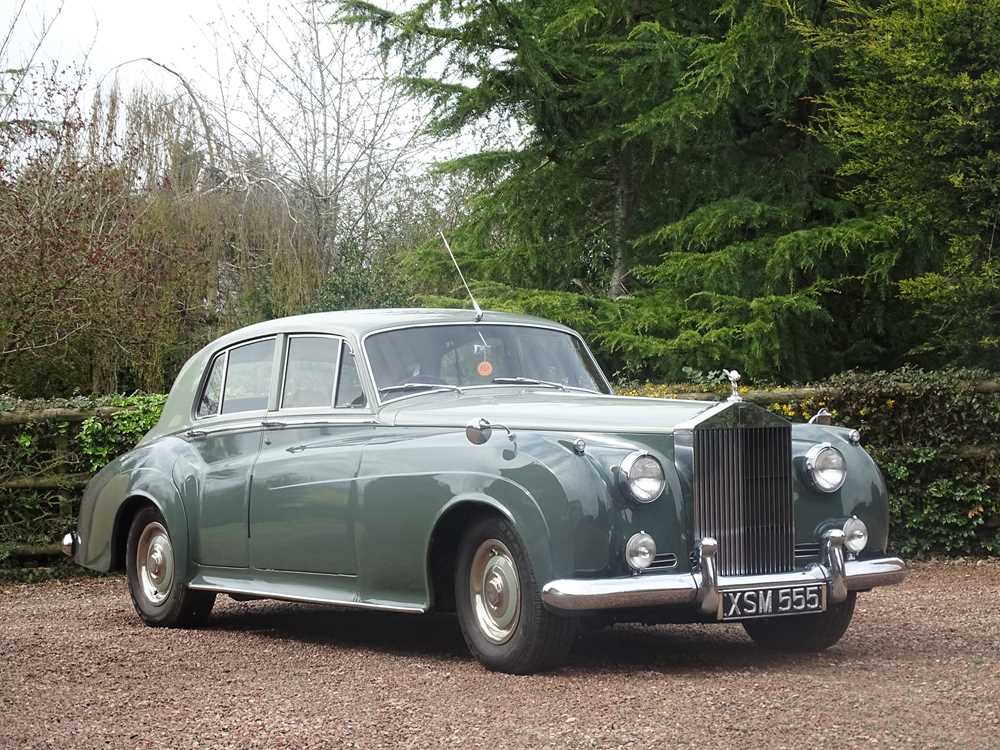 Rolls-Royce launched the Silver Cloud in April 1955. It was based on a completely new closed box section frame that was reputedly 50% stiffer than that of the outgoing Silver Dawn. The distinguished-looking standard body was penned by in-house designer John Polwhele Blatchley, the proportions of which belied its considerable overall length of 17ft 8in. Though the retention of a separate chassis allowed for the production of bespoke bodies, all but 157 of the 2,360 Cloud Is produced featured the in-house offering - a steel shell with aluminium doors, bonnet and boot lid. The car was powered by an alloy-headed, straight-six engine of 4887cc that delivered some 155bhp at 4,000 rpm. This was mated to a 4-speed automatic transmission. Braking was by servo-assisted 11 inch drums all round. The suspension was independent with coil springs at the front and featured a live axle hung on semi-elliptic leaf springs at the rear. Changes introduced in 1956 included the incorporation of twin brake master cylinders and the option of power steering and air conditioning. A test by Motor magazine in 1956 recorded a top speed of 102.9mph and a time of 13.5 seconds for the 0-60mph dash.

This handsome home market Cloud I was supplied new in 1958 to Scottish laird Henry Smith of Dumfries before arriving in the West Midlands the following year. Purchased by the vendor from its second private keeper in 1986 when the mileage was 69,923, ‘XSM 555’ now displays a credible 79,114 miles and is offered for sale with owner’s handbook, workshop manual, buff logbook, handwritten service records and a collection of invoices / old MOTs. Subject to a brake overhaul in c.2013, new tyres in c.2015 and an oil change 18 months ago, the vendor currently grades the Rolls-Royce’s engine, transmission, electrical equipment, interior trim, bodywork and paintwork all as ‘good’.