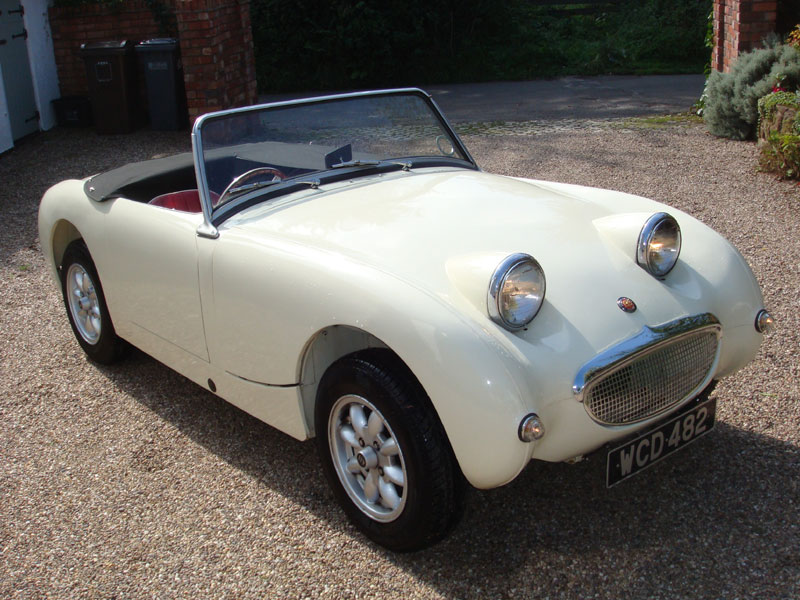 This delightful little Frogeye hails from the first year of production. It was comprehensively restored from 'barn find' condition by a previous keeper who, even valuing his time at a very modest £15 per hour, reckons the project, including parts and a professional repaint, totalled c.£44,000. Though back on the road by 2007, the Sprite has since travelled just 1,100 miles, so is understandably considered by the vendor to still be in 'good' order throughout. The refurbishment work included a number improvements to the original specification, including: 1098cc A Series engine; disc front brakes; SU electric fuel pump; alternator; later, stronger 'ribbed' gearbox; Minilite wheels; and wood rim steering wheel. 'WCD 482', which is believed to have had just three owners since 1973, is now offered complete with a seven-sided report on the restoration, plus photographic evidence; a Vehicle Condition Advice Report carried out by Classis Assessments in 2010 on behalf of the most recent purchaser.