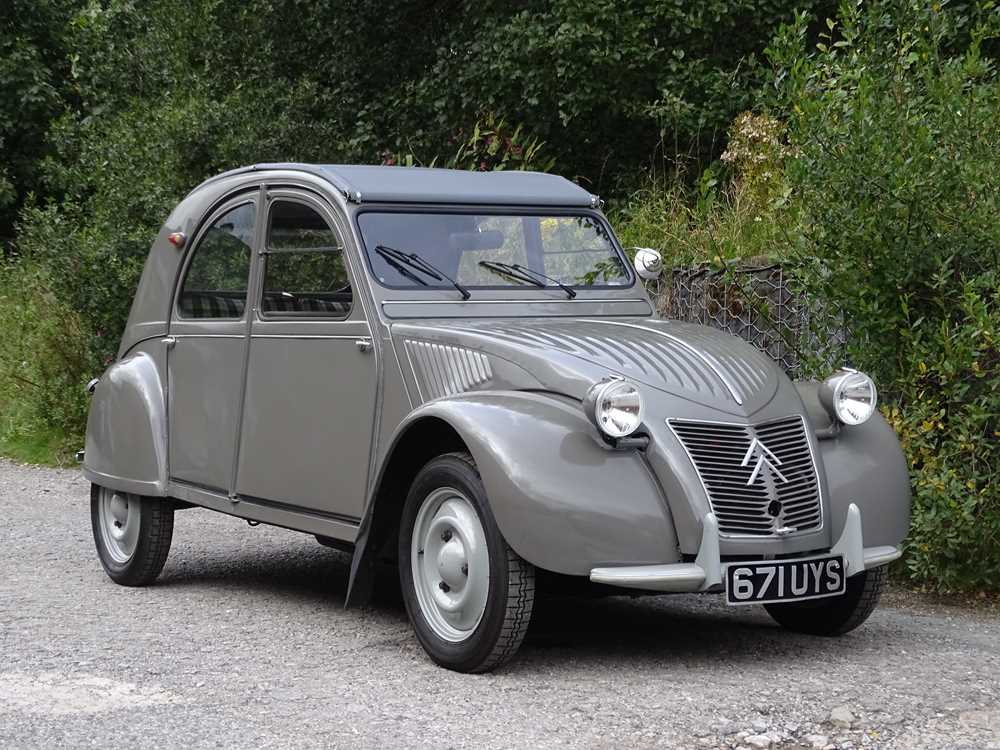 Imported to the UK from France in 2013 by its previous keeper, chassis 348179C1 was subsequently treated to an extensive restoration. The original chassis was repaired with new inner ribs and authentically spot welded, while the body was refurbished with a new floor, A-posts, sills and lower bulkheads etc. Period correct fabric was used to re-trim the interior and the full-length sunroof renewed. The subject of a multi-page article in Classic Car Mart magazine and exhibited at the 2016 NEC Classic Car Show, the Citroen entered the current ownership the following year. Found to be mechanically subpar, the 2CV has since benefited from thorough overhauls of its 425cc engine and suspension. Starting readily and running well during our recent photography session, ‘671 UYS’ would grace any marque collection.

The development of Citroën's ever-charming Deux Chevaux dates back to 1936, ie a couple of years after the company had been rescued by Michelin. It was intended to motorise the large number of French farmers still relying on horses and carts, and it was research carried out amongst France's largely rural population that determined the following unique design brief: a low-priced, rugged 'umbrella on four wheels' that would enable four peasants to drive 110lb of farm goods to market at 31mph in clogs and via muddy, unpaved roads; including transporting eggs across a ploughed field without breaking them. Production was delayed by WWII, but began in 1948, following which 3,872,583 2CVs were manufactured via 11 factories across the world (including one in Slough, England) between 1948 and 1990, by when the ageing design had been defeated by contemporary legislation.