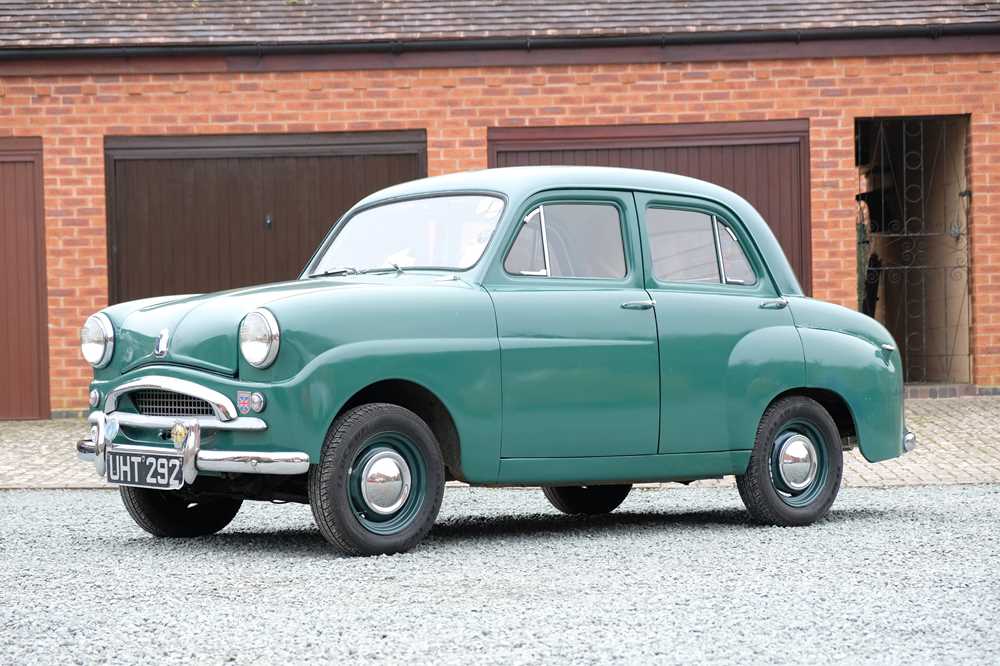 The Standard Motor Company Limited was a motor vehicle manufacturer, founded in Coventry, England, in 1903 by Reginald Walter Maudslay. It purchased Triumph in 1945 and in 1959 officially changed its name to Standard-Triumph International and began to put the Triumph brand name on all its products.

The Standard 8 was introduced in 1953 at £481. The cheapest four-door saloon on the market, yet it boasted independent front suspension, hydraulic brakes and an economical O.H.V. engine. At the same time in another part of the same building Standard were producing a very different engine, the Rolls Royce Avon jet aero engine of which 415 were made between 1951 and 1955. In 1954 the Eight was supplemented by the slightly more powerful Standard Ten which featured a wider chrome grille and has been dubbed as ‘’Britain’s outstanding small car, based on the fact that the Standard Eight and Ten have o.h.v. engine and four-speed gearbox in contrast to Ford’s predilection for side valves and three speeds, and their possession of happier gear ratios, and more urge than the Austin A30 or Morris Minor’’ (Motorsport Magazine). The 10 was supplemented in 1957 by an up-market version called the Pennant. The Ten and the Pennant were replaced by the Triumph Herald in 1961.

This Standard is presented in green with contrasting brown leather interior covered by hand-made seat covers. Manufactured in 1955, ‘UHT 292’ was registered in March of that year and has been owned by its current custodian for approximately 20 years, with the previous owner having the Standard for 30 years. The car has been a regular participant in several events and rallies and has been thoroughly enjoyed by its current owner, but they have a new project they would like to focus their attention on, and so they have decided it is time for the car to find a new home.

‘UHT 292’ has recently been subject to a minor interior refresh including hand-made seat covers to protect the leather underneath, door cards and carpet, as well as a brake overhaul, new fuel line and a new battery. The car has also been subject to a clutch and gearbox overhaul but would benefit from some further attention as it is difficult to select a gear. The owner believes that it could be a linkage or slave cylinder issue. ‘UHT 292’ displays 44,599 unwarranted miles and comes accompanied by a number of documents, as well as a box of spare parts.