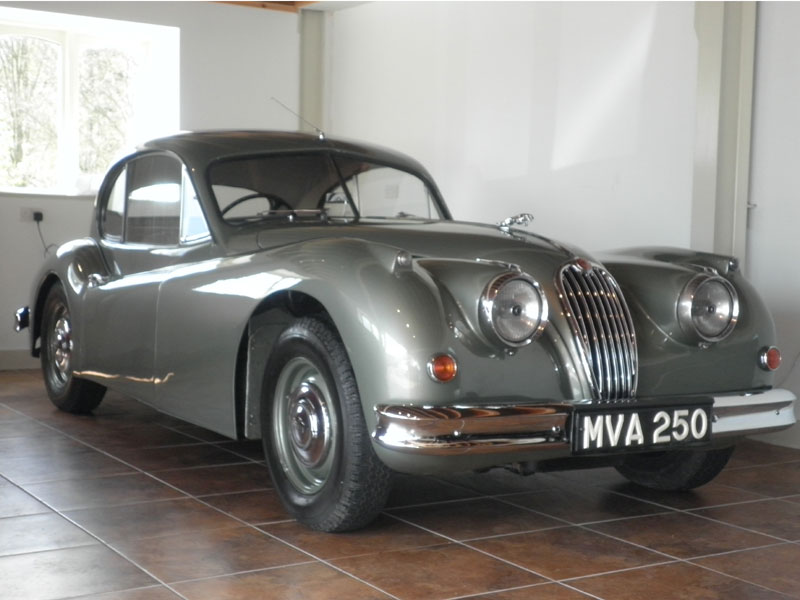 The right-hand drive XK140 now being sold is a Fixed Head Coupe built on September 13th 1955 and first registered to somebody in the Glasgow area a couple of weeks later. It sports California Sage Green bodywork while the interior is trimmed in Old Beige leather. The Jaguar apparently spent most of its life in South Africa before being repatriated during 2001. It has been partly renovated over the last 10 years and simultaneously upgraded to 'fast road' specification with: disc brakes all round; independent rear suspension; anti tramp bars; individual front seats and a Le Mans-style filler cap. The XK comes complete with original registration number - 'MVA 250' - and an MOT into March next year.
Share this page: