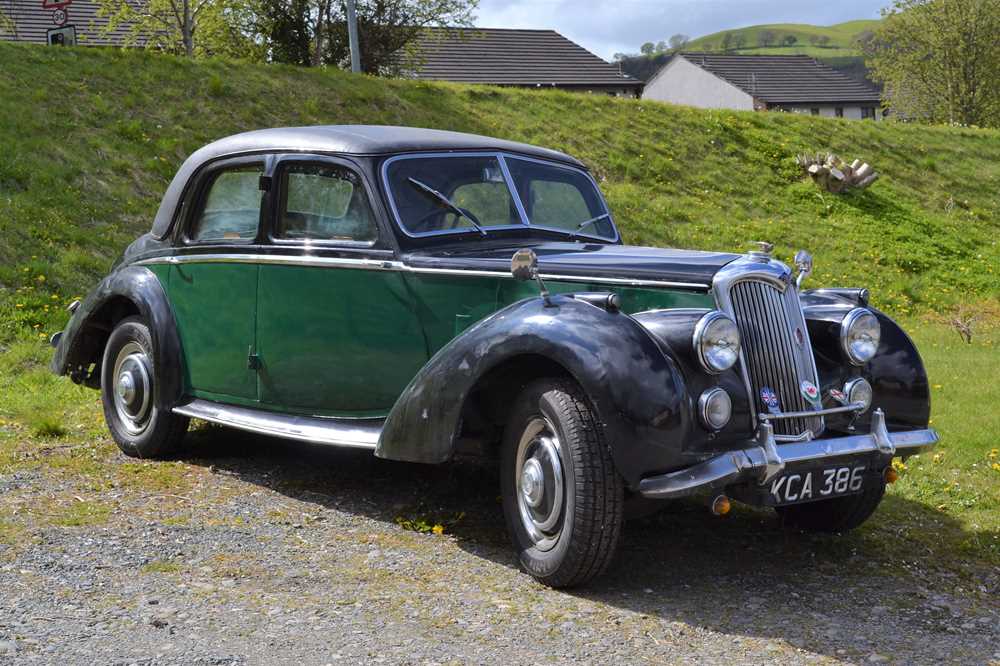 Introduced in 1946, the Riley RMA was one of the first British cars launched after WW2 to feature a new chassis design. With independent torsion-bar front suspension, rack and pinion steering and strong 80mph performance from its gutsy 'twin-cam' 1496cc, four-cylinder engine the RMA was deservedly praised by the contemporary motoring press for its excellent ride and handling qualities. Its successor, the RME, arrived in 1951 featuring a host of mechanical revisions. An open propshaft now linked the four-speed manual gearbox to a new hypoid bevel rear axle, while stopping power improved courtesy of Girling hydraulic brakes and the enlarged rear window gave welcome extra visibility.

This RME was manufactured in 1954 and supplied new on the 4th of January 1954 to a Mr. John Christmas Roberts of Abergele and remained in the Roberts family ownership until 1967. The Riley is fitted with the 1.5-litre four-cylinder engine with a four-speed manual transmission and was originally finished in black. Presented today in two-tone green over black, the Riley features green leather interior upholstery, and is offered as a stalled restoration project.

Offered from a deceased estate, the RME entered current ownership in 2019, whereupon the restoration started. ‘KCA 386’ is understood to have been running and driving before the start of the restoration until the head gasket required replacement which led to the start of the project. Accompanied by a history file which comprises the original RF60 logbook; current V5C; the original owners handbook and instruction book; a copy of the spares book; a large collection of past MOT certificates and several past tax discs. A worthwhile restoration project.