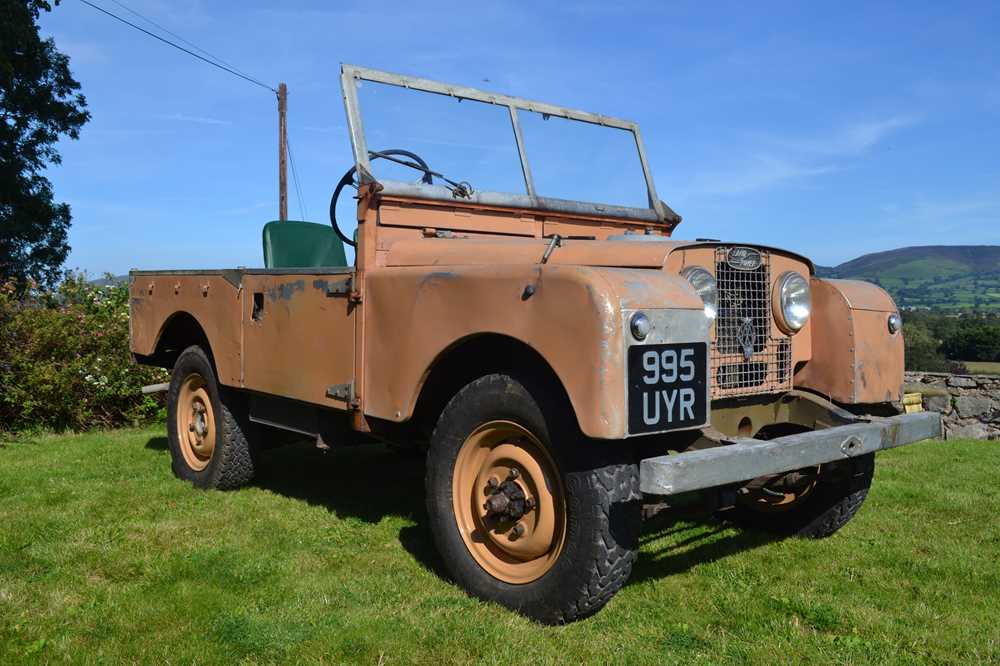 The Land Rover Series, utility vehicle devised in 1947 by the Wilks brothers for use on their farm and inspired by the wartime Jeep. The version most prized by aficionados is the Series I model that accounted for the first 10 years of production. Thanks to its ingenious high/low ratio four-wheel drive system, the resultant 4x4 was possessed of incredible climbing ability in all conditions including battlefields. Many consider the 86" to be the best of the Series 1 Land Rovers with more cabin space and only being produced between 1954 to 1956.

This 86 inch was manufactured and then exported to Australia (thought to be in kit form), remaining there until 2015 when it was imported back into the UK by Agricultural & Cross Country Vehicles Ltd. Purchased by the vendor who has been the only keeper since it's repatriation, the Land Rover is offered with a full V5C. Believed to be highly original throughout, the only works completed by the vendor have been a rewire, new fuel tank, brakes, exhaust and tyres c.2015/6. The door tops are also included in the sale.