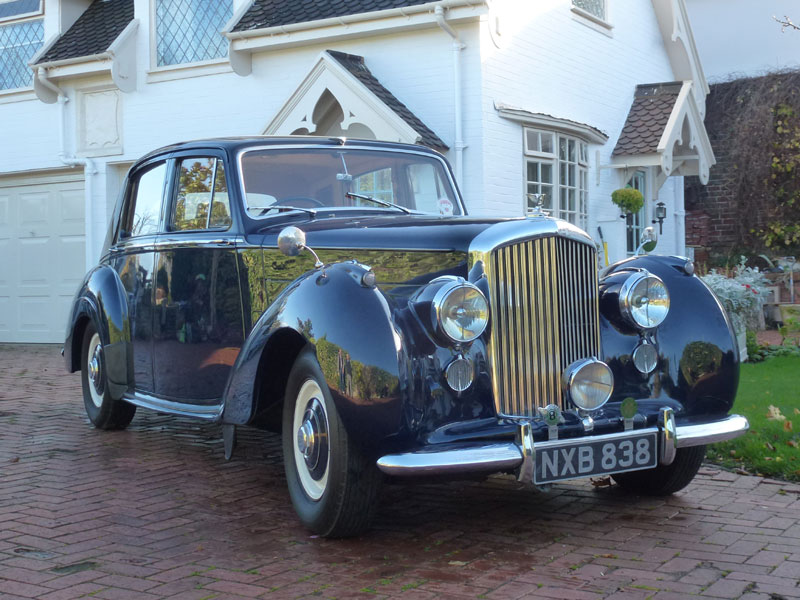 - Offered with copy of chassis card records, collection of historic MOT's and invoices

The R-type Bentley first saw the light of day in June 1952, and was so named because the chassis designations of the Mark VI model on which it was based had reached the letter R. The newcomer was certainly very similar to its predecessor, the principle point of recognition being the much longer boot capped by a one-piece alloy lid. The net result was a body 7.5 inches longer and the now welded chassis was extended by the same amount. Detailed changes included an automatic choke, two-speed wipers and rear window de-mister. In October the same year, the General Motors four-speed Hydra-Matic automatic transmission was made an option and became the standard fit from 1954 onwards. As tested by Autocar, the R-Type could reach 60mph in 13.8 seconds and just over 100mph.

'NXB 838' is presented in the particularly graceful-looking combination of Midnight Blue Standard Steel bodywork complemented by a Beige hide interior. It currently displays an unwarranted mileage of just 49,412 and comes complete with: a copy of the factory chassis card; a selection of invoices, including one for £1,238 from 2013; and numerous old MOTs from as recently as 2014. A fine looking example of a relatively rare breed.