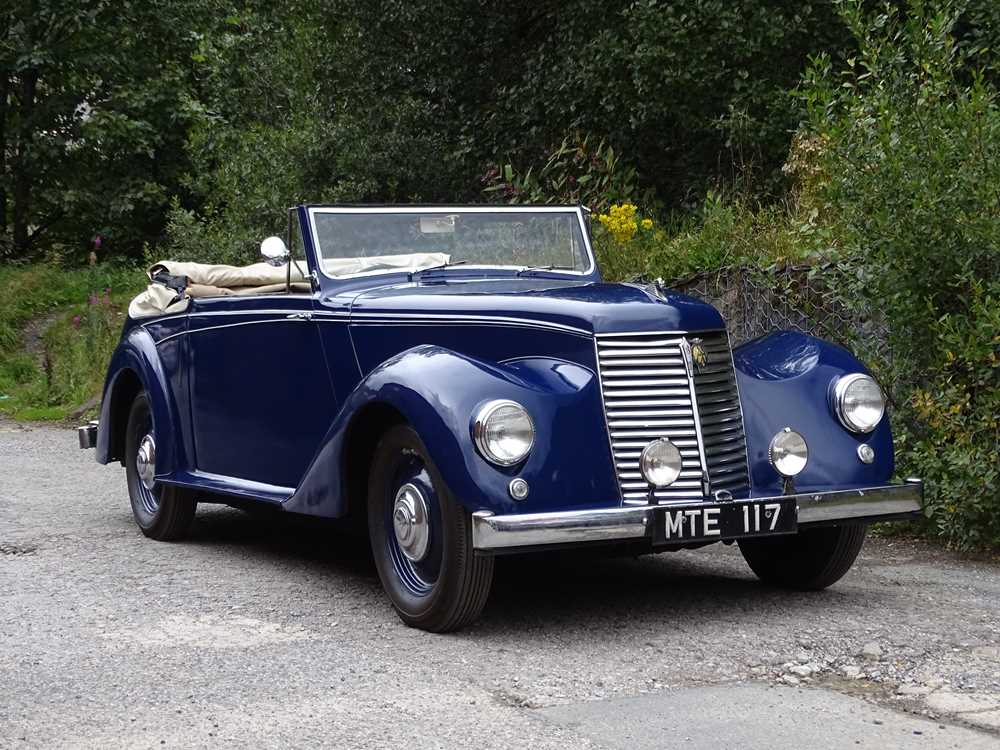 First registered by Lancashire County Council (or so its ‘MTE 117’ number plate would imply), chassis PS189572 became the founder member of what has since become a large private collection when it entered the current ownership nigh on fifty years ago. Initially serving as everyday transport, the Armstrong-Siddeley was later used for numerous weddings, christenings, anniversaries and general days out. Said to have been ‘regularly serviced and maintained’ and to remain ‘highly original’, the Hurricane ran well during our recent photography session. Benefiting from the larger capacity 18hp engine but in need of a new hood, this rare surviving Hurricane is ready for its next long-term custodian.

The Armstrong Siddeley engineering group was created in 1919 by the amalgamation of Armstrong-Whitworth and Siddeley-Deasy. Over its forty-one year reign it produced some thirty models of luxury cars and for many years was also one of the UK's largest manufacturers of aero engines. The very week WWII ended in Europe, the company introduced its first post war model, the Hurricane - a large two-door three-position Drophead Coupe. The Lancaster four-door Saloon followed in February 1946 and the Typhoon Sports Saloon (basically a Hurricane with a fixed hard top) was unveiled in September of the same year. All the 16hp and 18hp models built between 1945 and 1954 were named after aircraft built by the group under the Hawker-Siddeley banner (the others were the Whitley and Tempest). The early versions of each model were powered by 2-litre OHV six-cylinder engines but by 1949 the capacity had been increased to 2.3 litres, raising the output from 70 to 75bhp; the torque coincidentally rose from 96 to 108lbft. The same cruciform chassis served as the base for all the derivatives. Suspension was independent at the front courtesy of longitudinal torsion bars. Braking was by Girling hydro-mechanically operated drums all round. Two gearbox options were available, a four-speed manual unit and Wilson preselector one. A total of almost 12,500 chassis were fitted with one or other of the body options over the eight years of production, of which some 920 are thought to remain worldwide. Of the total manufactured, 2,606 were Hurricanes.