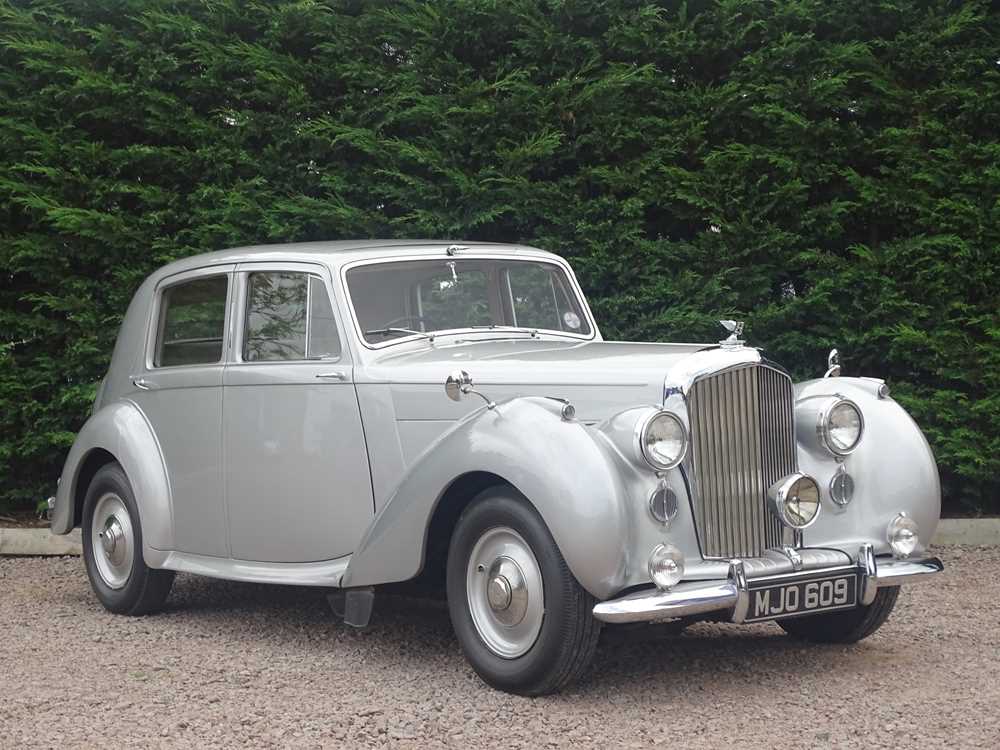 This attractive MkVI has been subject to much care and attention in the past few years including the fitting of a new radiator in 2015, mechanical fettling by Daniel Moore & Co and retrimming of the headlining and restoration of the woodwork in 2016 (expenditure amounting to some £5,700 for these works) whilst in 2017 CSC Automotive were entrusted with bodywork renovations at a cost of c.£2,100. A new clutch was also fitted in 2019. Consequently, the car is now described as being in “very good” condition in regard to its bodywork, paintwork, interior, engine and transmission. Offered with a good history file including invoices dating back to 1968, chassis cards, driver’s handbook, copy of a workshop manual, a large collection of expired MoTs back to 1961 and current MoT to April 2022 this delightful example is worthy of close inspection.

It was in May 1946 that Bentley unveiled the MKVI, its first post-war motorcar. A handsome four-door, four-light Saloon, it was the first vehicle ever offered by the company with factory-designed coachwork, and the first to be assembled in Rolls-Royce's Crewe factory rather than the old Derby premises. The sizeable, X-braced chassis now featured hydraulic front brakes and independent front suspension by wishbones and coil springs. Power came from the new six-cylinder unit first seen in the short-lived MKV Saloon. Though still 4,256cc in capacity, it was an entirely fresh design, with F-Type alloy head and belt drive for the dynamo and water pump. The adjoining four-speed manual gearbox now had synchromesh on all but first gear. Standard equipment included: heater, demisters, leather upholstery, radio, picnic tables, vanity mirrors, reading lights, spare coil, reversing lights, oil level indicator and fog lamp. With some 135bhp on tap, the newcomer could attain in the region of 94mph flat out.