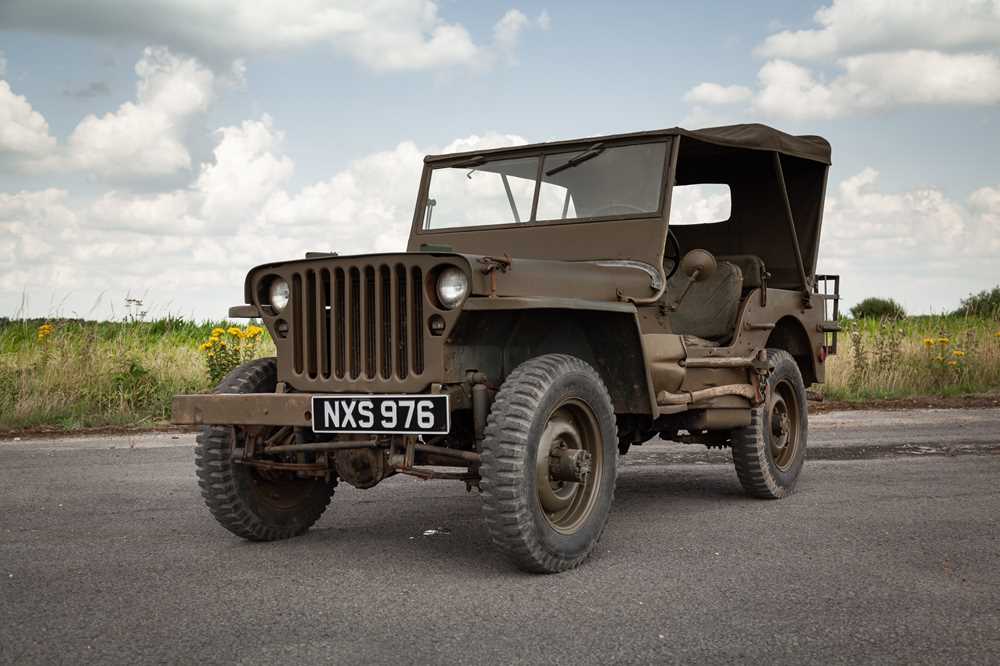 The appeal of this Jeep to Simon was simple. It was more original than many we have offered for sale but also better to drive. While this might sound like a contradiction in terms it is explained by the fact that the Ford was reconditioned by the Allison Steel Manufacturing Company of Phoenix, Arizona in July 1945. The original 1943 GPW body tub was retained but the drivetrain was updated with a developmental prototype ‘fibre drive’ engine and more advanced T.90 gearbox. The front suspension was uprated too to eradicate the infamous ‘Jeep Droop’ on the driver’s side. The original untouched data plates verify the modifications and show that Ford / Willys kept trying to enhance the Jeep right up until the final few months of WW2.

‘NXS 976’ has been inspected by John Farley, the well-known author of ‘The Standardised War-Time Jeeps’, who commented as follows: ‘It is very hard to find an untouched rebuild – allowing us to study the modifications and changes made in period . . . Still, with its very original 1943 GPW tub, combat wheels, original seats, Sheller steering wheel, screen, hood, and wings, this Ford has two freewheeling hubs fitted to the front axle to ease fuel consumption. Offered with its original rear tyre carrier, 1943 Jerry Can, original hood bows, genuine rear seat, grill bumpers and handles, shovel and axe, original seat covers, combat rim and bar grip tyres’.

Rewired by a previous custodian, the Ford has recently been serviced and fettled using parts sourced from Dallas Autos of Thatcham. Deeming this historically interesting Jeep ‘too good to hack around the farm’, Simon feels it would be better placed in the collection of a true WW2 vehicle aficionado.