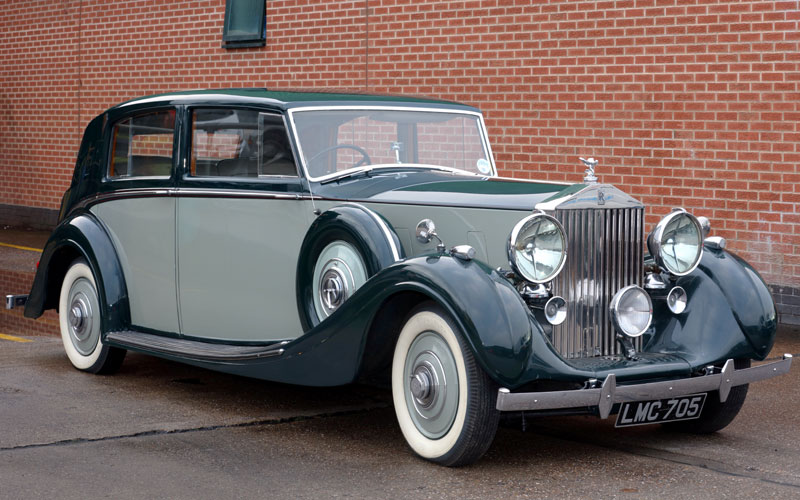 - 1 of just 491 Wraith chassis made, handsome razor edge styling, multiple award winner on both sides of the Atlantic

Offered for sale with clear title by order of the High Court, this particular example has formed part of an extensive London-based private collection since 10th June 2013 when it was purchased from marque specialist The Chelsea Workshop for £55,000. Crafted by the renowned coachbuilder H.J. Mulliner, its notably handsome Touring Saloon body features twin side-mounts, heaters, sunroofs, veneered rear door panels, razor edge styling and an electric blind. Accompanying paperwork suggests that the Wraith has had five previous keepers namely: V. Waddilove Esq. (1940-44), C. Hague Esq. (1945-64), David Stockwell Esq. (1964-68), Toxey Smith Esq. (1968-91), S. Carter Esq. (1991-2006) and B. Wardle Esq. (2006-). Migrating to America with Mr Stockwell and registered to an address on Hollywood's famous Sunset Boulevard during Mr Smith's tenure, the Rolls-Royce was repatriated in 1991. A multiple award winner on both sides of the Atlantic, 'LMC 705' had its wiring, one-shot lubrication system, calorstat, water pump and brakes fettled later that same decade. Voted 'Most Elegant in Class' at the Rolls-Royce Enthusiasts' Club's Annual Rally in 2006, the Wraith was checked over by Fiennes prior to Mr Wardle's purchase and thereafter maintained by A&S Engineering. Reportedly the veteran of ten European rallies, the past few hundred miles have seen 'LMC 705' entrusted to The Chelsea Workshop for attention to its ignition system, inlet manifold / exhaust gaskets, dynamo / starter motor brushes and inner tubes etc (31/05/13) plus a full service (19/07/13). Currently showing some 14,400 unwarranted miles to its odometer, old MOT certificates on file date back to 1991 and show that the Rolls-Royce has covered an additional 100,000 miles (and perhaps more).