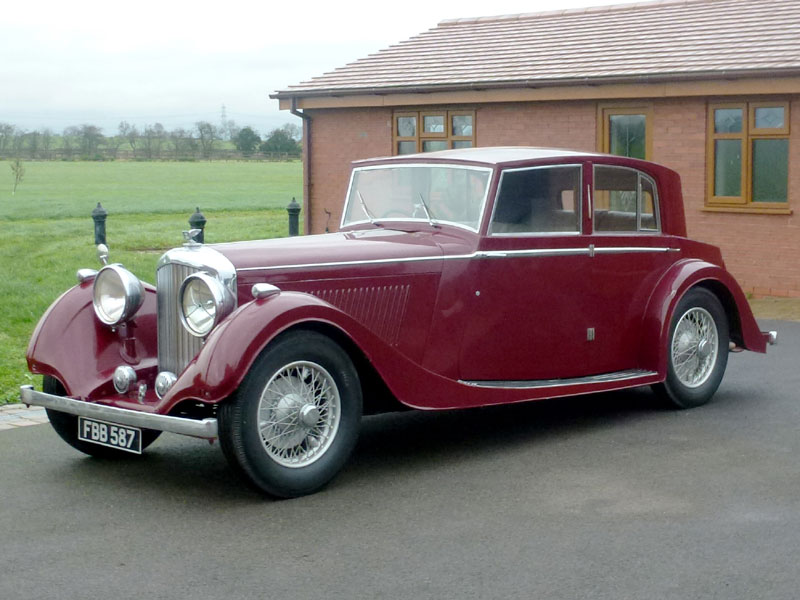 Reputedly one of just nine Bentley 4.25 Litre cars to sport this style of Freestone & Webb four-door four-light Brougham saloon coachwork (known internally as design number 1755), chassis B177HM was first road registered as `FBB 587' on October 21st 1937. Supplied new to G.M. Reatson Esq and belonging to a Mr Currie by the 1960s, the Bentley showed an unwarranted 44,870 miles to its odometer when submitted for MOT testing at Whitfield Garage of Wooton-under-Edge on March 20th 1975. An older restoration that pleasingly retains its original powerplant (engine number E4BF), the distinctive semi-razor edge saloon is understood to have been off the road since late 1996. Entering the current ownership via the Real Car Co some four years ago, this decidedly stylish Derby Bentley is now in need of restoration / recommissioning. However, the doors fit nicely which augurs well for the body frame and the engine is reportedly free.
Share: