1936 Vauxhall BXL Grosvenor Limousine
One of Only Nine Survivors 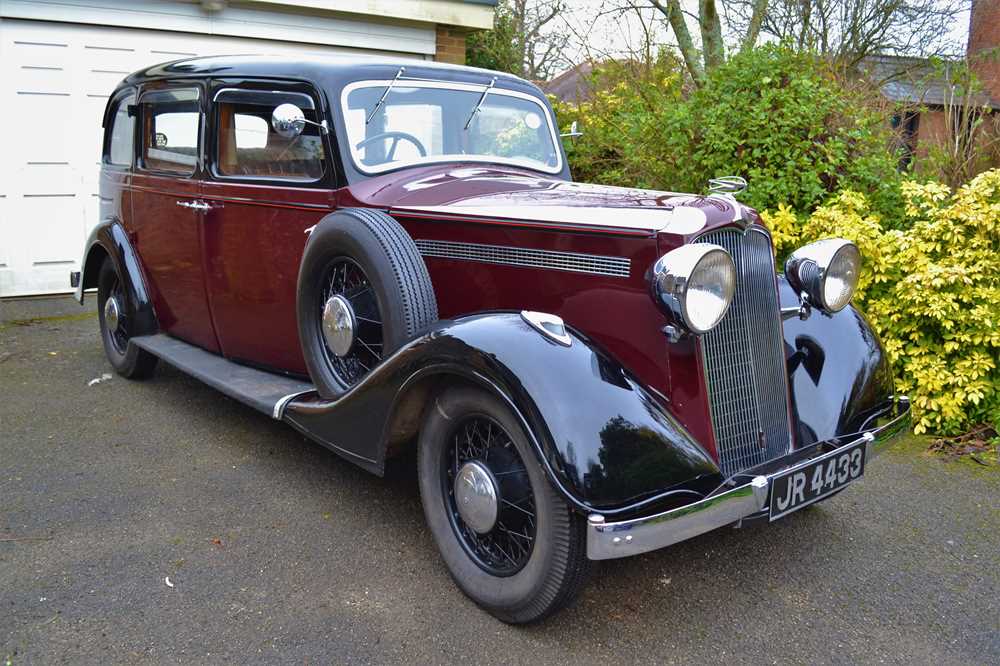 1936 Vauxhall BXL Grosvenor Limousine
One of Only Nine Survivors

Announced for the 1933 Motor Show and available from August 1934 in two engine sizes, the three model options were the 20HP BY (111-inch wheelbase), 27HP BX (also 111-inch wheelbase), and 27HP BXL (130-inch wheelbase). The BXL has a coachbuilt body on a standard long-wheelbase chassis, supplied by Vauxhall to The Grosvenor Carriage Company, and fitted with a limousine body featuring chauffeur’s partition and fold-out occasional seats in the rear. Costing some £550 in 1934/5, a premium of £225 over the standard saloon, it is powered by a six-cylinder engine, which had the ability to reach some 72mph on a test in 1934 conducted by The Motor magazine. Transmission is by four-speed manual with synchromesh on 3rd and 4th.

Understood to be one of only nine surviving Grosvenor bodied BXL’s, with fewer than that thought to be currently roadworthy, the BXL in question was supplied new in 1936, and while its early history is unknown, the Vauxhall has been in current ownership since 1997, and in the prior keeper's possession from 1988. The Big Six is showing only five former keepers on the V5C. Finished in the colour scheme of Maroon with Black wings, the BXL has Brown leather front trim and cloth to the rear. Featuring occasional seats, rear and side window blinds, cigar lighter, glass partition, and intercom system (although this is not thought to be functional). Presented with the scarce ‘Chicken and Egg’ emblem, although this is loosely fitted.

Regularly serviced throughout the vendor's ownership, ‘JR 4433’ has been fitted with electronic ignition although the original dynamo is present should the new owner want to return to the original specification. Subject to an engine and clutch overhaul in 2016 by T & L Engineering at the cost of approximately £3,500, the Vauxhall was also provided with re-chroming, interior restoration and spring remediation when purchased by the vendor.

‘JR 4433’ is accompanied by a history file comprising of a large collection of past MOTs, several past invoices and many past tax discs. Furthermore the Vauxhall is offered with a copy of the original handbook, V5C, two sets of keys and an MOT until December 2021 with no advisories.

A scarce opportunity to obtain a very rare model worldwide.