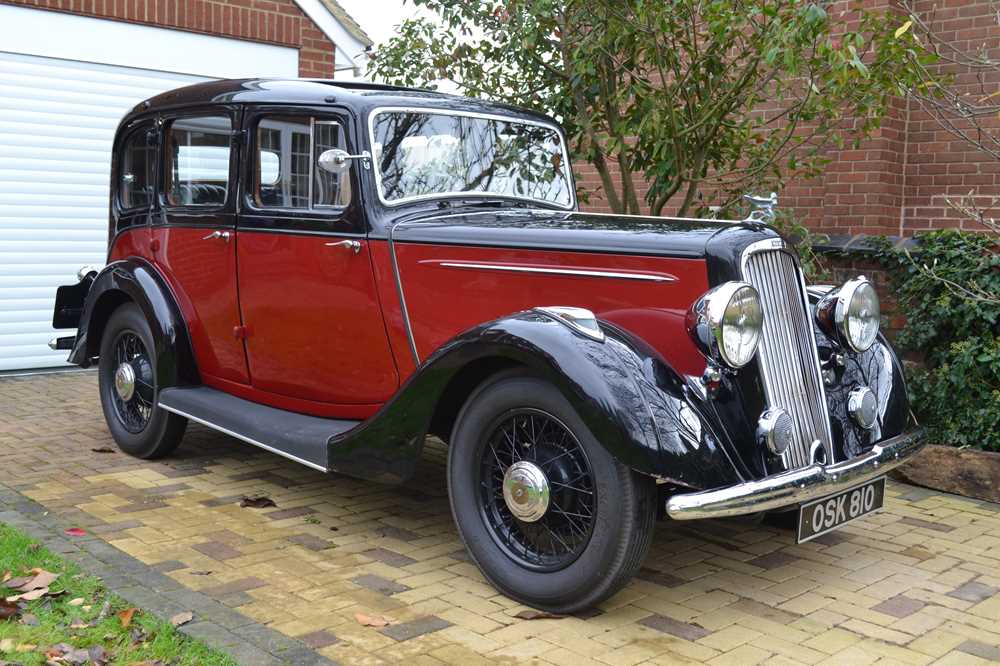 The Humber Twelve was virtually renewed as a new car in 1935, featuring a new chassis frame and, the engine and radiator mountings were moved several inches farther forward. Costing £285 when new in Saloon variant, and was fitted with a four-cylinder side-valve 1669cc engine producing 11.9HP, the Twelve utilised a four-speed manual gearbox with synchronisation on all four gears. Manufactured with a cyclonic induction carburation system, self-energising duo servo-brakes, vari-load suspension, and shock-free spring steering, the Humber was marketed as ‘The Choice of the Experienced Motorist’, featuring draughtless ventilation, sunroof, in-built four-wheel jacking system, cotton rear window screen curtain, and high-quality hide interior.

Manufactured in 1936, the Humber was UK registered in July 1936 and supplied new to a Music Correspondent for the Manchester Daily Telegraph, who kept the Twelve for approximately 50 years. It passed through two subsequent owners who both partook in some restoration works prior to the vendors purchase in 1993. Acquired in part-restored condition, the Humber was provided an extensive restoration that encompassed a bare-metal repaint, renewed woodwork to the B-Pillars, roof, and interior, a professionally rewire, and an interior renewal. The Humber is fitted with a 1935 engine, although the 1936 original engine is available by separate negotiation.

The Twelve has additionally been fitted with stainless steel pipework in the exhaust system, and numerous other parts were renewed before the restoration was completed in 1996, with a photograph album of the restoration accompanying the car. The Humber has won several prizes at local events since the restoration has been completed and featured in a couple of magazines. The recorded mileage of 78,172 is believed to be genuine, and ‘OSK 810’ has only four keepers from new. Offered with the original Instruction Book, Brown Buff-Style Logbook, a large collection of past MOTs, tax discs, and past invoices, as well as V5C.