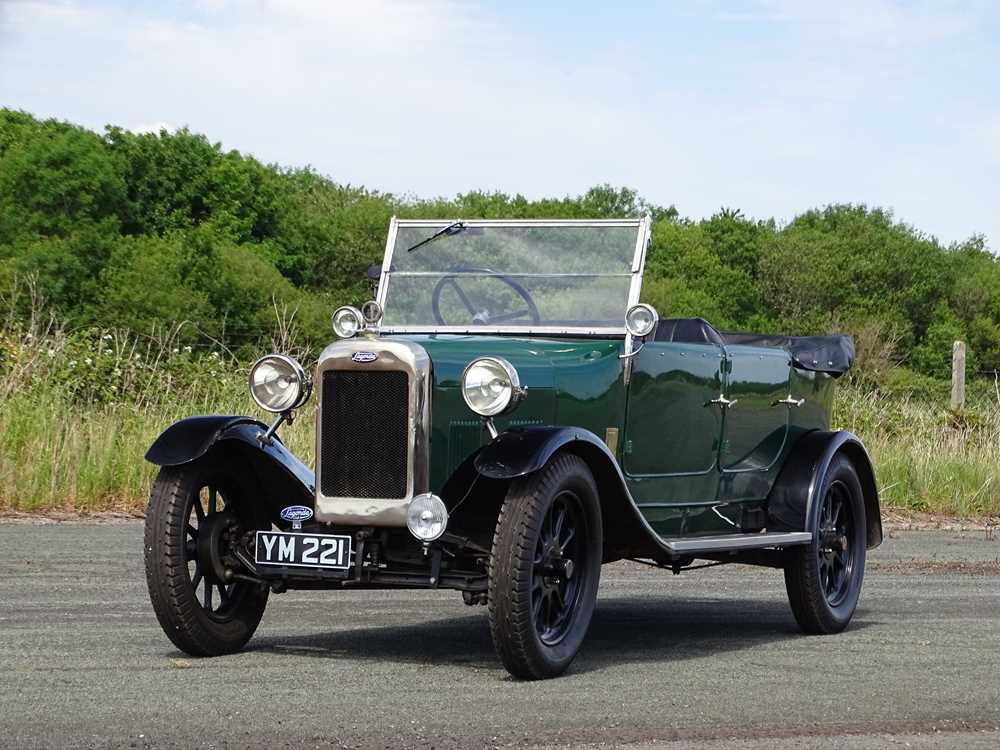 Issued with the London registration number ‘YM 221’ on 30th November 1925, this particular example – chassis 7122 – belonged to Roger Seabrook Esq. by the early 1970s. Sold on because of a lack of suitable spare parts, the Lagonda was extensively refurbished by J. Cortese Esq including attention to its engine, gearbox, magneto, starter and dynamo etc before being entered into a Coys auction during Winter 1990. Sold to winning bidder Walter Beesly Esq, it was he who completed the restoration and had the 12/24 re-registered with the DVLA in 1991. Entering the current family ownership nine years later, the four-seater has been sparingly used since then. Off the road since 2010, ‘YM 221’ is currently running and driving but would benefit from a thorough service and recommissioning prior to road use. Presenting as an older restoration with sundry cosmetic defects, it nonetheless possesses considerable charm. Side screens are housed in each of the four door panels, while the wooden dashboard contains a full complement of instruments. A decidedly rare Vintage Lagonda and an interesting Light Car in its own right, this appealing 12/24 is offered for sale with V5C Registration Document, sundry expired MOT certificates, handwritten provenance and some restoration photos.

Although best known as a manufacturer of sports and luxury cars, Lagonda began by making motorcycles and tri-cars before progressing to a series of highly innovative Light Car designs culminating in the 12/24 of 1924. Weighing just 12cwt (c.600kg), the newcomer was of semi-monocoque construction – like the Lancia Lambda – whereby its chassis and lower body were assembled as a single integral unit. Powered by a 1460cc four-cylinder OISE engine allied to three-speed manual transmission, the 12/24 also featured a revised back axle with spiral bevel final drive and improved rear wheel drum brakes (fronts were an optional extra). Capable of over 50mph and 40mpg, the Lagonda was praised by the contemporary motoring press for its hillclimbing ability and high quality fittings / fixtures. Of the 2,250 12/24 cars thought to have been completed, just five survivors are known to the Lagonda Club.