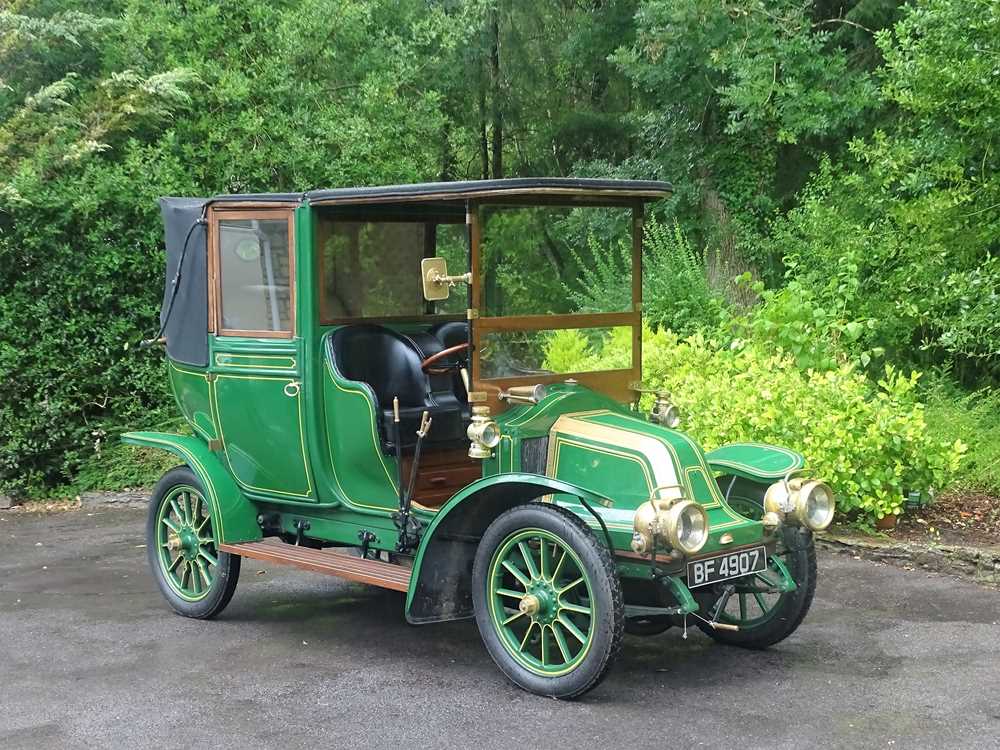 Wonderfully detailed from its engraved hubcaps and Rotax ‘Mangin Lens Mirror’ headlamps to its luxurious rear cabin, the Landaulette started readily and ran well during our recent photography session. An elegant town carriage which was chosen as transport by a descendant of the Duke of Wellington to celebrate her family’s association with ‘Number One, London’ (a.k.a. Apsley House and the Wellington Museum) a few years ago, this original bodied Renault is worthy of close inspection and would make a fine addition to any Edwardian collection.