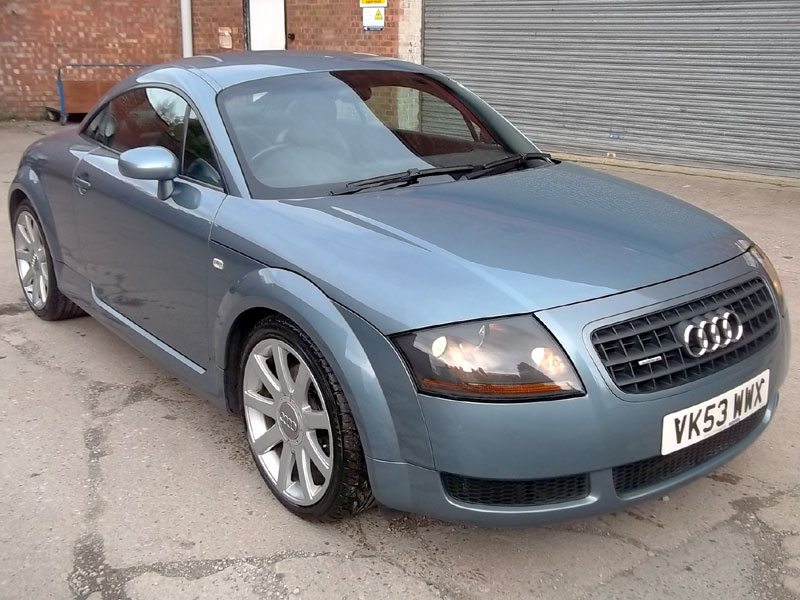 The production model (internal designation Type 8N) was launched as a coupé in September 1998, followed by a roadster in August 1999. It is based on the Volkswagen Group A4 (PQ34) platform as used for the Volkswagen Golf Mk4, the original Audi A3, the Skoda Octavia, and others. The styling differed little from the concept, except for slightly reprofiled bumpers, and the addition of rear quarterlight windows behind the doors. Factory production commenced in October 1998.

Early TT models received press coverage following a series of high-speed accidents and the related fatalities which occurred at speeds in excess of 112 mph (180 km/h) during abrupt lane changes or sharp turns. Both the coupé and roadster variants were recalled in late 1999/early 2000, to improve predictability of the car's handling at very high speeds. Audi's Electronic Stability Programme (ESP) or Anti Slip Regulation (ASR) and rear spoiler were added, along with modifications to the suspension system. All changes were incorporated into subsequent production.

The Audi TT was nominated for the North American Car of the Year award for 2000. It was also on Car and Driver magazine's Ten Best list for 2000 and 2001. By 2003, Audi had provided a "face-lift" to the TT, with a number of small styling and practicality improvements.