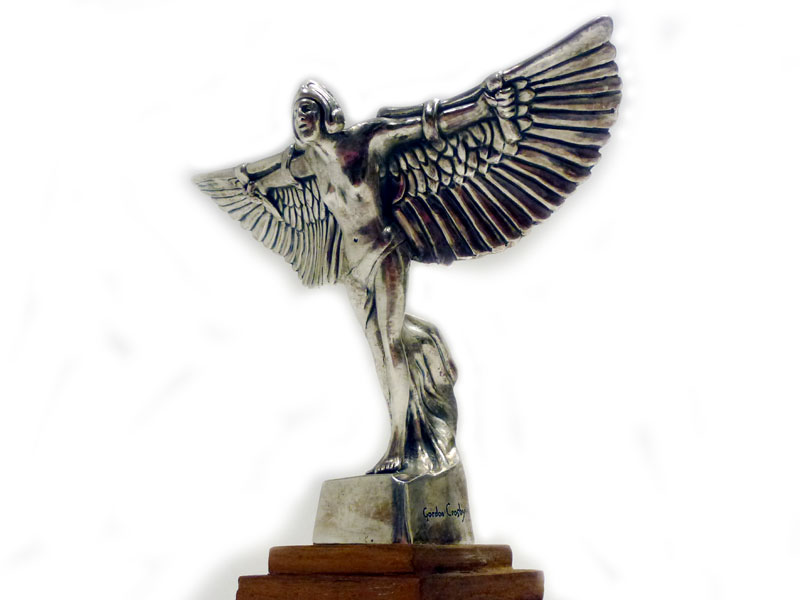 A magnificent Icarus factory mascot, designed by Frederick Gordon Crosby, silver-plated bronze construction, commissioned by Walter Bentley for the W.O. Bentley Cricklewood London Factory cars of the 1920s, including the four and a half litre and six and a half litre variants. The mascot signed 'Gordon Crosby' to the side in the correct font that mimics his written signature. This piece was a result of a special commission from Bentley to find an alternative option to the winged B mascot. An example sold for £800 in 1980 at Sothebys Belgravia, London, a World Record Price at the time. See page 106, Automobilia by Gordon Gardiner & Alistair Morris. Mounted to a wooden display base and offered in very good original condition.