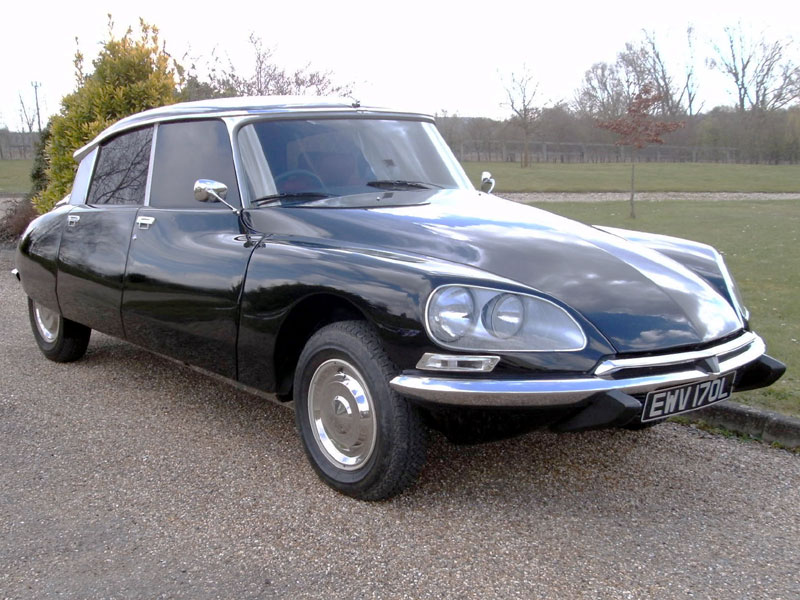 - Recently imported into the UK and registered with the DVLA

Citroën's DS still looks futuristic 60 years on from its launch. The self-levelling hydropneumatic suspension was also way ahead of its time, delivering a 'magic carpet' ride that many manufacturers would be grateful for even now. Initially powered by an updated 1911cc version of the OHV four-cylinder unit previously found in the Traction Avant, this was enhanced and enlarged in three stages over the years, leaving the final iteration at 2347cc. The gearbox was mounted ahead of the engine, while braking was by inboard-mounted discs at the front and drums at the rear. Some 1.5 million D Series Citroëns were produced and the model was immortalised in such films as The Day of the Jackal.

The truly splendid-looking 4-speed D Super offered today is believed to have been sold new in Australia and was restored there in around 2007, since when it was awarded with numerous Citroen Car Club of Australia Concours Best Citroen Awards. Purchased in Australia when its English owner was residing over there, he imported it into the UK in 2011 and registered it with the DVLA in January 2016. Reported to have covered only 1,200 miles since the concours wining restoration, it is presented today with UK road registration with the DVLA and in superlative condition. This must represent a rare opportunity for a Citroen enthusiast to acquire a right hand drive D Super that has received a concours winning restoration in a wonderful colour combination.

PLEASE NOTE: This vehicle is a 1973 Citroen D Super (and not a DS19 as catalogued).
Share: