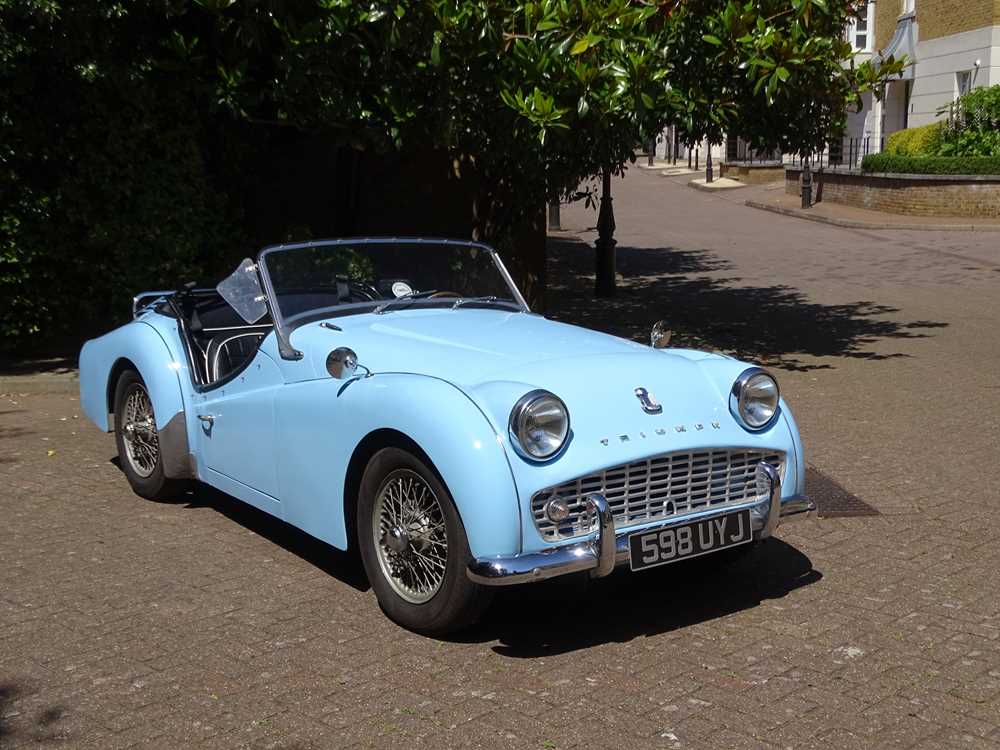 Lacking a sportscar capable of competing with those of rivals MG and Jaguar, Standard-Triumph engaged in a hurried design and development programme that bore fruit in March 1953 with the display at the Geneva Motor Show of the prototype TR2. A couple of months later, the newcomer emphatically established its performance credentials when an overdrive-equipped prototype in touring trim ran at 114.9mph on the Jabbeke motorway in Belgium. Simply constructed, practical to own and offering 100mph-plus performance at a bargain price, the TR2 was an enormous success both at home and abroad, so it was only to be expected that its successor, the TR3, would represent evolution rather than revolution.

Introduced in October 1955, the TR3 was indeed a little different from the preceding TR2. Changes to the Standard Vanguard-derived 2-litre engine boosted power from 90 to 95bhp, but the most obvious difference was the adoption of an ‘egg box’ radiator grille. The engine developed 100bhp courtesy of a new cylinder head by mid-1956; then in August, Girling front disc brakes and the stronger Phase III Vanguard rear axle were standardised. Cosmetically revised, but mechanically indistinguishable, the TR3A was phased-in during 1957. New front end styling featured a full-width grille incorporating sidelights/indicators, and for the first time there were locking door and boot handles plus an improved interior.

Finished in a striking Powder Blue with a Black interior, this particular American-market TR3A was repatriated back to the UK in 2014. It underwent bodywork improvements and a respray together with an engine and gearbox overhaul in March/April 2015. In September of that same year the car was fitted with rack & pinion steering and an electric fan. In the last twelve months the car has benefitted from much expenditure on engine maintenance including overhauled carburettors and is described as having a “strong engine with good oil pressure” and being “mechanically strong with everything working as it should”.