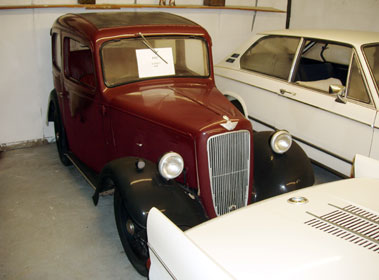 Finished in maroon over black with red upholstery, this particular example has been on static display as part of a private Lake District collection for many years. Although reported to have been driven into the collection building under its own power, the Austin is currently a non-runner and will require recommissioning and re-registration with the DVLA prior to road use. Sold strictly as viewed the Seven is accompanied by a buff logbook which shows that it was formerly road registered as `CLV 402'.
Share: