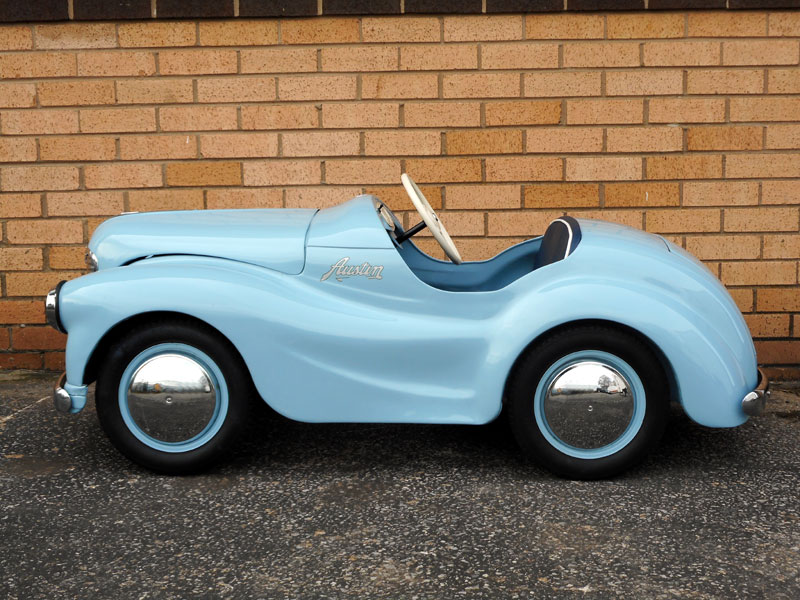 
Fondly known as the 'Joy Car' or 'Junior Austin', the 'J40' was manufactured from 1955 to '71 by disabled miners at a factory in the village of Tiryberth, near Bargoed in South Wales. Built at the instigation of Lord Nuffield, owner of BMC, soon after the Second World War, they were sold in Austin showrooms for £20, which was a considerable price at the time. It has a dummy engine with spark plugs, a handbrake and electric lights and a horn.
This restored example was built in July 1965, originally supplied blue and numbered in the boot area 27798. Purchased by the former keeper in a state of disrepair, it was subjected to a reported 140-hour restoration, including the sourcing of "tricky bits from Phil Bateson". Offered with a letter from the former custodian and photographs (dated June 1993) showing it stripped during the restoration. One of the best examples we have had the privilege of offering.