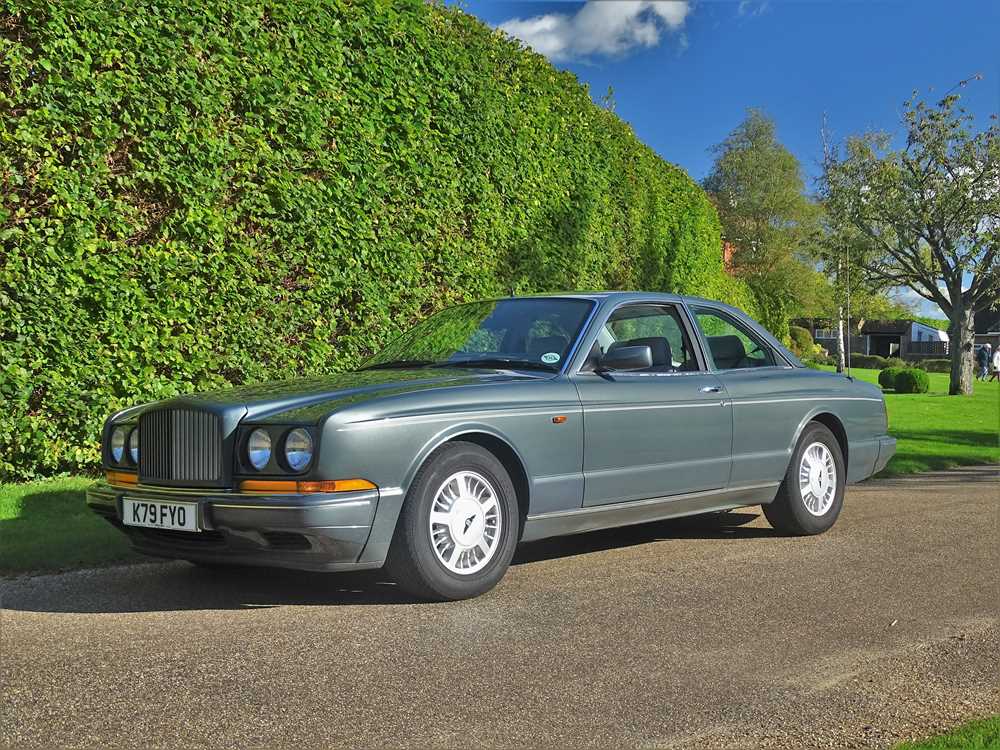 The Continental R (code-named ‘Nepal’ by the engineering department) was designed and built entirely at Crewe. This was a significant change from previous Continentals that were offered out to coachbuilders to complete, although Mulliner Park Ward was involved in developing the body shape. The Continental R filled the space left by the Carmargue, sharing with that model an eye-watering list price. When launched in 1991, the initial press release had the price as £160,000, only for that to be tweaked upwards soon afterwards to £175,000, when the new VAT rate was announced in that year’s budget. The sleek shape had more than a nod to a more modern Bentley, to an exciting future, rather less obviously classic, and benefitted from work in the wind tunnel; the windscreen was raked to lower the vehicle’s drag coefficient, enhancing fuel consumption, lowering wind noise and raising the model’s top speed. It is said that when the model was unveiled at the Geneva Motor Show, the assembled audience broke out into spontaneous applause.

Manufactured in 1993, ‘K79 FYO’ was supplied new via Silverlane of Bristol, being delivered on the 1st of January 1993 and initially registered ‘3 CYD’. Finished in Diamond Graphite with Light Grey hide and powered by the company’s revered 6750cc V8 engine, now using a new four-speed GM automatic transmission, the 325bhp turbocharged power unit would offer a near 150mph top speed and somehow heave Bentley’s 2.4-tonne bulk to 60mph in just over six seconds. ‘K79 FYO’ has covered just 52,544 miles (at time of consignment) and has had just six former keepers, with the Bentley residing in current ownership since 2016.

The beneficiary of approximately c.£2,500 worth of expenditure with Origin Motorwork (Rolls-Royce Specialists) during current ownership including servicing, new drive belt and suspension remediation work, the history file also illustrates approximately £2,800 worth of expense with specialists Stewart Walker Ltd which comprised power steering fettling and remedy to the central locking in 2015. The accompanying history file includes further invoices for work completed and services as well as the original book pack (with service records) presented in the leather Bentley wallet, a current V5C, a selection of previous MOTs and other sundry paperwork. The aforementioned service history shows eighteen service records, four main dealer records, twelve from Rolls-Royce/Bentley specialists and two further from Aston Martin specialists, with the most recent completed at 49,971 miles by Brooklands Motorworks. The air condition system has been updated with a modern gas conversion and the Continental is offered with an MOT certificate until October 2022.