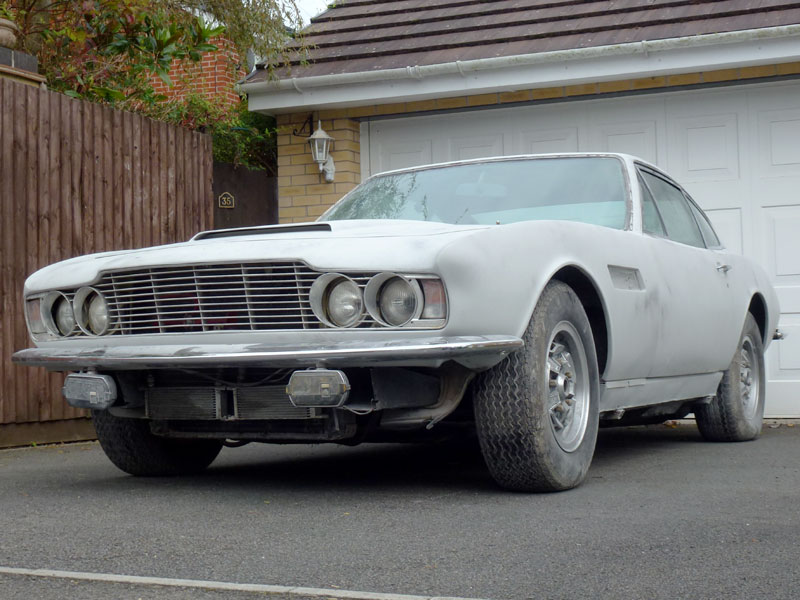 - Credible but unwarranted 48,000 miles showing on its 200mph speedometer

The William Towns-penned DBS was intended to be a direct replacement for the ageing DB6 and slated to be V8-powered from birth. However, Tadek Marek's now much vaunted engine took longer to develop than expected, so the newcomer was unveiled in 1967 with the straight-six unit of the DB6, with what became known as the DBS V8 finally appearing in 1970. In this form, the newcomer could rush to 60mph in as little as 5.9 seconds and on to c.160mph, making it one of the fastest production cars in the world at that time.

This fascinating lot represents the chance to obtain a rare, apparently low mileage Aston Martin part way through restoration. 'YCF 222' is one of just 405 5.3-litre fuel-injected DBS V8s made (only around 130 of which were similarly equipped with ZF manual five-speed transmission) and has remained within the same family since 1988. It was purchased by the vendor's father from Linden Classic Cars, Essex and the advert of the time stated that the Aston had previously been owned by a lady and had a new fuel system, but the bodywork was in need of restoration. In 1993 tenure was assumed by the vendor's brother, at which point it is imagined there was a degree of restoration and the colour was changed from Brown to Green. Ownership passed to the vendor in 1998 who is now putting the car on general sale prior to emigrating.

The DBS is thought to be substantially complete but has been partially stripped and is being sold strictly as seen. The odometer currently displays an unwarranted but credible 48,061 miles and the car comes complete with: air conditioning; a 2002 invoice for £1,057.24 detailing work to the gearbox and brakes, engine service and MOT; selection of photos, plus a copy of the aforementioned advert. An unusual opportunity.